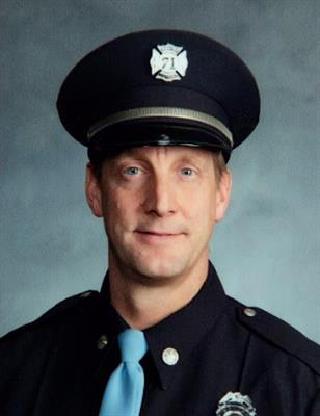 Not the right person? See All ›
BORN
June 11, 1966
DIED
April 4, 2018
LOCATION
South Bend, Indiana
CHARITY
The Charity of your Choice
Make a donation

SOUTH BEND - Raymond Todd Myers was born June 11, 1966, in Vicksburg, MI. On April 4, at 51 years of age, he succumbed to cancer. A man of strong conviction and faith, throughout his six-year battle with the disease, Ray never lost faith in the word of God. Ray touched many lives, always unselfish and willing to help another, but reluctant to receive any help for himself.

At a young age, Ray moved with his parents, Raymond Wm. Myers and Jeryl (Myers) Potter to Stephenson, MI, graduating from Stephenson High School in 1984. Ray graduated from Rhema Bible College in 1987 and devoted his life to Christ. He became an active member of the New Creation Fellowship Church in Granger, IN, creating and maintaining the church's original web site and occasionally serving as their guest speaker.

Ray dedicated his career life to the Mishawaka (Indiana) Fire Department as a firefighter/EMT, being named Firefighter of the Year in 1999. He was Instrumental in computerizing the fire trucks and entertained thousands in the community while teaching them in his CPR classes. Ray also owned & was chief designer of Thinksweb Web Designs.

He was an avid outdoorsman and sportsman who spent as much time as possible in the woods at his deer camp in the Upper Peninsula of Michigan. He also loved creating meals at home with his home-grown foods from his garden. He was a highly-motivated individual who was well-read and, while he attended some college classes, he taught himself many subjects and skills through books.

A Celebration of Life will be held at New Creation Fellowship Church on Tuesday, May 1st @ 2pm, followed by a dinner and fellowship gathering. In lieu of flowers, may we suggest a donation to the church (text 574-319-1311 or go to www.ncfgranger.com) or the charity of your choice.

Ray's family would love to hear your memories and stories. Please share on http://www.elkhartcremation.com/obits or in the Memory Jar at his Celebration.

I'm so sorry to hear of Ray's passing. I graduated with him in 1984. He was a good friend in high school. I am so glad to hear of his dedication to God. I'm sure he's touched many lives and will be missed.