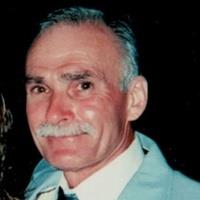 Richard John McCoy, 69, of Bad Axe passed away after a short illness January 8th, 2021 at home with the assistance of Heartland Hospice while surrounded by his loving family.

Richard was born May 3rd, 1951 in Sandusky, Michigan to the late Dr. William and Olive McCoy.  He graduated Bad Axe High School in 1969.  Richard served in the United States Army from August 1969 to August 1971, and deployed to Vietnam in February 1970 as a member of the 1st BN 46th Infantry RGT Americal Division until wounded in October 1970.  He was honorably discharged from the United States Army on August 25, 1971.

Richard married Patricia Louise Boss on August 8th, 1976.  He pursued a career stemming from an interest in metals, and was awarded a Certificate in Welding with High Distinction from Ferris State College in August 1980.  Over the course of several decades, he worked as an Apprentice and eventually achieved certification as a Tool and Die Maker from the Allied Industrial Workers of America Local 628.  Richard worked locally at the Ground Mole, Thumb Tool and Engineering, Active Industries, and Tower Automotive.  His interest in metals led him to cultivate blacksmithing as a hobby, and he participated in events with the Bad Axe Historical Society.

Richard was an intelligent, nature-loving, empathetic man with a large sense of honor, integrity, and duty who will be sorely missed.  He is survived by his wife, Patricia, of Bad Axe and four children: Justin, of Addison, Texas; Dr. Simon McCoy and his special friend, Kimberly Holzwart, of Harbor Beach; Kathryn Booms and her husband, Chris of Loveland, Ohio; and William and his wife, Mercedes of Nashville, Michigan; three special grandchildren whom he adored: Benjamin, Addison, and Augustus; one brother Donald J. McCoy and his wife, Michele, of Holly, Michigan; and one sister Karen Resmer and her husband, Gerry, of Midland, Michigan.

Visitation for Richard will be held at Sacred Heart Catholic Church/St. Hubert Parish from noon to 2 p.m. on Tuesday, January 12th, 2021.  Funeral mass will follow at 2 p.m. with Fr. T.J. Fleming officiating.

In lieu of flowers, memorial donations may be made to the Sanilac County Humane Society 3847 Sheldon St, P.O. Box 27, Carsonville, MI 48419.

I'd like ta add another memory of Rick when I'd go by Rick & Pat's I'd stop by ridin my bike & Rick & i would play with one of their cats Big Orange always was enjoyable & Pat is always kind ta me too.

So sorry to hear about your dad, Justin. Such a difficult time-may peace and grace guide you through the following days.

So sorry to hear about Ricky I did not know him well. The McCoy family I knew from childhood. I remember Rick's older brothers, Jim and Bill and Don. I knew Nancy and Karen too; his Dad was my dad's best man when my Mom and Dad were married. So you can see what our connection to the McCoy was all about. So very sorry for Pat and the kids .My prayers and thoughts go out to the whole family.

Dear Patricia and Family,
My Deepest Sympathy on Ricks’s passing. Prayers and hugs of comfort knowing he is in Heaven.

We are so sorry to hear this sad news. Please know you and your family are on our hearts and in our prayers. May God’s presence surround you, giving comfort in your sorrow.

Patricia and family, we send our sincere condolences. Rick will be missed greatly. Our thoughts are with you.

Rick is now with God this candle is meant to show that Rick is in the light of God God Bless you Rick we'll all see you again in Heaven.