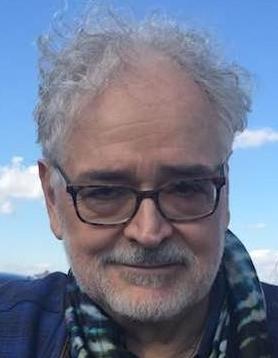 Robert G. Blacker, 71, of New York City died on August 30, 2019. Robert was passionate about his 50-year career in theater. He worked with Joseph Papp at the Public Theater in New York, then helped Des McAnuff reestablish the LaJolla Playhouse, where he served as Dramaturg and Associate Artistic Director. As Artistic Director of the Sundance Theatre Lab he helped to develop many new plays by mentoring countless playwrights and actors. Robert served as Institutional Dramaturg at the Stratford Shakespeare Festival in Stratford, Ontario, again with Artistic Director Des McAnuff, where he helped foster new play development, leading to the creation of The Foerster Bernstein New Play Development Program, which acts as an incubator for Canadian playwrights. Along the way he taught Shakespeare studies at the graduate level at Columbia, Iowa, UCSD and the Yale School of Drama, where he also served as interim Chair of Playwriting. Robert's last project was his book, "Shakespeare In Three Dimensions" which was published by Routledge in 2018. Over the years Robert touched innumerable lives and his work greatly enriched American theater. He will be sorely missed by his family and friends.

Robert was born in Allentown, Pa. to the late Ernest and Stella (Fedak) Blacker. He was a graduate of Emmaus High School and Cornell University. He is survived by his brother and sister-in-law, Jeffrey and Ann Blacker, of Allentown.

Dear Ann and Jeff,
Robert was a dear friend of mine for many many years. I saw him last February when he came to a party. He was his eloquent and dear self - as always. I will miss him. Rebecca Schull.
If there is to be a memorial in the New York area I hope you will let me know.

Jeff and Ann,
Please accept our deepest sympathy and condolences on the loss of your brother.

Ann and Jeff - I'm so sorry for your loss. He seems like he was an incredible person and I'm sad I never got the opportunity to meet him. Take care, Ronnie Blue

Cathedral Of St. Catharine Of Siena