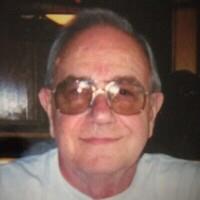 LIVE STREAM CAN BE FOUND AT THIS LINK HTTPS://WWW.FACEBOOK.COM/SKRADSKI-FUNERAL-HOME

Bob was 90 years old at time of his death. He passed away with family at his side in Overland Park, Kansas on Labor Day, September 6, 2021.

Bob was born on March 13, 1931 in Effingham, Kansas to Leo and Mildred Sullivan. Bob had a little sister, Bonita (Bonnie) who died at the age of 4 due to complications of pneumonia. As a little boy, he enjoyed farm life tremendously.  His family eventually moved to Kansas City

Bob attended Rockhurst High School and College where he learned Latin and Greek. This led to a love of language and an incredible ability to speak several different languages as well. He had a trained ear that allowed him to speak in the appropriate accent.

After college, Bob signed up to serve in the United States Air Force during the Korean War. He wanted to go to Europe, however he drew the assignment that took him to Japan. There he served in the Air Police and rose to the rank of Sergeant. Needless to say, he learned to speak Japanese as well and never lost the ability to do so.

After returning home from Japan, He finished his education with a Bachelors in Business Administration. Bob then married the love of his life, Ann J. Cindrich, on October 27, 1956. They welcomed their first daughter, Mary in October, 1961.

Bob worked at Macy’s as a purchasing agent for several years in Chicago, Il. With one daughter and one on the way, Bob and Ann moved back to Kansas City, KS. His second daughter, Julie arrived in February 1963. He almost missed the arrival of his second daughter due to weather and travel but made it in time to welcome her into this world.

The Sullivan family chose a home on Strawberry Hill and were members of St John the Baptist Catholic Church/Parish all of their lives. Bob served many roles at St. John’s during that time. He was President of the PTA, participated in the CYO, and wherever he could help his parish or the school. He also served the Church as a Lector, Eucharistic Minister, and any role asked of him. He mentored several young men and women in the parish who wanted to be lectors. He would do whatever was asked of him to help St. Johns be a better place.

Bob eventually left Macy’s and worked at the University of Missouri, Kansas City (UMKC) until he retired. Not liking retirement yet, he went to work for the I.R.S. In addition to languages and writing, Bob was a numbers guy. He put that brain to work for several more years dealing with income tax returns until it was time to really retire.

His passions in life included Dixieland Jazz, WWII history, and Kansas City sports teams. He had many collections of books and papers of various topics that interested him. Bob was known for his incredible memory and retention of detail especially for the specific place, person(s), date and time of any specific event in history that he read about or had come to know about. He was an eloquent writer as well using his very extensive vocabulary.

It was Dixieland Jazz, however that was his true passion. If he heard a tune playing somewhere, his foot started tapping and suddenly he was “in the zone”. He told stories of the different bars and jazz places that he had the opportunity to visit as a young man. He also loved dancing with his wife at the sound of big band tunes. He enjoyed an extensive record collection as well as books and DVDs on his favorite pastime.

Bob rarely met a stranger who did not become a friend! He loved meeting and visiting with people, and hearing their stories. It is not an exaggeration to say that many of his daughters’ friends called him dad throughout their lives. He was welcome anywhere and loved by many.

With all of his interests and passions, Bob loved his family first and foremost. He always needed to know where his family was. He enjoyed a close family and the frequent calls from his daughters all through his life. After his wife passed, he lived with his older daughter, Mary in Phoenix and Julie lived nearby as well. Though Bob missed his dear wife immensely, he was very happy to have his two girls to look after him. There he made a wide circle of friends that he enjoyed and this helped him live a very full life until, as he said “God will call me home and I can see my beloved Ann”.

He moved back to Kansas City with his older daughter in October 2019 and lived with her until his death on Labor Day September 6, 2021.

Bob is survived by his two daughters: Mary Kathleen Sullivan and Julianne Marie Sullivan. He is predeceased by his wife, Ann (May 2013), sister Bonnie and parents Leo and Mildred.

Bob was a dedicated member of St. John the Baptist all of his life.  He was a devout Catholic and was especially devoted to the Blessed Virgin Mary and who he called his special team: Sts. Anthony, Joseph, Michael, and Jude.

In lieu of flowers, please send donations to St. John the Baptist Church.

Dad will be buried on Friday morning at the Gate of Heaven Cemetery.

The visitation will begin at 9am at St. John the Baptist Catholic Church, followed by the rosary at 9:40 am, then Mass at 10am and then onto the cemetery.

This man was an ideal husband, dad and friend to everyone he met. Over the years I have enjoyed his friendship and his optimistic perspective on life, despite his many health challenges. He was ever-present in his daughters' lives and his love and unwavering support were undeniable. Every daughter should have a dad like Bob! His strong faith and steadfast commitment to family life and this nation mark him as one of God's noble men. May he rest in everlasting peace.

I had the honors of having dinner with Mary along with her amazing father Robert many years ago at an Irish restaurant located in Manhattan NY. We had so many laughs and ate a delicious Irish food together. Robert Sullivan is a veteran and a gentleman. The Sullivan family is in my thoughts and prayers. God Bless, Bridget Maybury and family.

Gary and I are so saddened by the loss of this dear man. He was always sooo happy and friendly and always remembered my name when I came to visit Julie. I KNOW he never met a stranger, and I remember that he always had a brightly positive attitude. He was like a bit of sunshine. I will always remember his smiling face.

To one of the most incredible man I have ever had the pleasure of meeting. He has touched my family with his wonderful laughter incredible brain and warm heart. He will be missed. I love you Bob

Mary, I am so sorry for your loss. I know your dad meant the world to you. I am glad he was back "home" for his passing. So happy he is now in God's Divine Light, with his beloved wife. Love to your family and all of us, his friends.

Mary, I’m sorry for the loss of your dad. He lived a full life. Sending a prayer your way.

Mary I am so saddened to hear of your father's passing. I know you took wonderful care of him and he loved you so very much. My prayers are with you and your family.

Never miss an update about Robert "Bob". Sign up today.