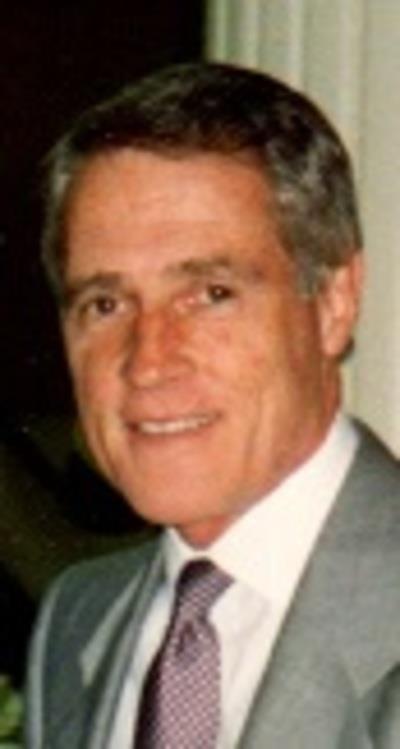 He was born August 26, 1931 in Big Spring, Texas to John Askew Coffey and Margaretta May Sanders.

He attended Baylor University, followed by two years in the Air Force. He then attended the University of Texas Medical School in Galveston and earned his medical degree following a residency in psychiatry.

Dr. Coffey was very active in the Fort Worth medical community. In 1982 he was elected and served as President of the Texas Society for Psychiatric Physicians, Tarrant County Chapter.

He had a thriving and rewarding practice for over 30 years. When he retired he remained a proponent of preventive medicine, teaching, and continuing education with emphasis in quality of life at TCC.

Bob had a Texas gentlemanly manner and a wicked sense of humor. As a fan of Mark Twain he was an artful storyteller to his three children. He was quite an artist specializing in charcoal and pencil sketching. He was also an enthusiastic dancer at local medical events and balls.

Besides traveling around the world and experiencing various cultures, he and wife, Sylvia returned to Oahu, Hawaii for several seasons, where he would run in his beloved Kapiolani Park and in the evenings watch the outstanding sunsets. Back in Texas he looked forward to watching his Baylor Bears playing football, basketball, and track. Running was his passion. He was a founding member of the Fort Worth Runner's Club.   He won and placed in marathons and countless races in a variety of distances in national competitions, placing on top in his age group, running on cross country courses and tracks, both indoor and outdoor. He continued to run daily 2 1/2 miles until the day before his passing.

Bob was preceded in death by his parents and sister, Glenna Moore.

He will be missed by many. A bench in his honor will be donated and dedicated in Overton Park.

Dr. Coffey was respected in the Saint Joseph hospital community. Years later I would see him at the library. He will be missed.
I ran track with his daughter, Carol, at Southwest high school. Sorry for your loss.
Sincerely
Carolyn Bass MSN RN

Mr. Bob- such a kind, wise soul who loved to laugh and run. I remember your smile from the first time I met you when you were dating my Mom. I wish you and the family much Peace.

I worked with Dr. Coffey many years at St. Joseph Hospital. He was always kind, compassionate, and professional with the staff and his patients. RIP, Dr. Robert Coffey.

On behalf of the staff of the old St. Joseph Hospital, our deepest condolences to his family and friends!