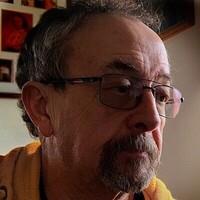 Robert was born in Jackson Michigan in 1948 to Maxwell and Ruth Coller, the youngest of three, with two older sisters, Donna and Maxine (Miki). Tragically, only six months after his birth, he would lose his father to an auto accident. His exceptional mother and two sisters would step in to do their best to fill that void, their unwavering dedication, love and guidance, leading him through his youth with grace, ultimately producing a wonderfully kind, generous and inspiring young man.

Along that journey to manhood, Bobby, as he was known to many, would often find himself playing tirelessly in the surrounding woods, rivers and creeks near his home, taking solace in the wonder and peace that the natural world had to offer. His love of fishing, camping and everything outdoors, springing from his days of youth spent communing with nature.

His love of animals additionally fostered by his older sister Donna’s ever-evolving collection of animals, related to her career as a biology teacher, filling their home with fascinating and unique creatures.

Although his youth was anything but ordinary, it was full of love from his mother and sisters, the things that mattered most.

Following his graduation from Parkside High School in 1966, Bob attended Jackson Community College for two years. He then continued his education at Eastern Michigan University. It was during his time there that he met his first wife, Donna. They would soon welcome their first son, Sean.

Three credits short of graduation, Bob was summoned to participate in the US Army. That service would take him to Seoul, South Korea, where Donna and Sean would soon join him, and where their second son, Wesley, would be born.

After his time in the Army, Bob returned to E.M.U. to finish his BA in Psychology and MA in Guidance and Counseling. He’d spend the next few years gaining experience in the business world before eventually returning to his true passion, helping people, as a program manager for the Center for Occupational and Personalized Education, a non-profit agency in Ann Arbor providing alternative education programs for at risk youth. Eventually, he took on the role of Executive Director, immersing himself, offering a whole-hearted commitment to running the amazing program. More importantly, he dedicated himself, his wisdom, kindness and support to the countless kids and families whose lives the program was able to assist in a life-changing manner.

Meanwhile, at home, his own kids kept him equally busy. Raising two boys, he shined his brightest— Always present, involved, and available. There were countless family camping trips in the old VW bus camper van. Canoeing and hiking were regular family activities. He passed along his love of photography to both boys, he was their scout troop leader, he was their mentor, but most of all, he was their dad.

The things Bob had to discover on his own in his youth, he generously passed on to his boys, with the most wonderful part being that those gifts were bestowed upon them by their loving father, whose love and wisdom infused each moment and experience. Bob’s parenting was deliberate, gentle, connected and honest. He parented with his heart and mind, loving and thoughtful.

In 1990, life would once again take a tragic turn with the loss of his oldest son, Sean, to a motorcycle accident. The event was devastating and life-altering. Ultimately, the loss would prove more than the family could withstand and eventually Bob’s life journey would take him in a new direction as he sought to heal and rediscover himself.

Although forever changed and heartbroken by the loss, eventually Bob began the difficult journey of moving forward.

In 2006 he married his second wife, Deb. Deb’s five kids from a previous marriage, Jeremy, Justin, Joshua, Jacob and Jillian Regal, welcomed him into the family, his now expanding family providing him renewed opportunities for healing and happiness.

The years ahead would see further family growth and transitions. As all of the kids grew older, some moving to distant locations, while others stayed nearer to home. The years that followed filled with marriages and grandchildren.

Bob would eventually transition from running C.O.P.E. to working as a therapist, doing what he did best, helping people heal.

His love of animals never waning, he and Deb had a wonderful pack of cats and dogs that Bob loved with all his heart.

Throughout his life Bob was selfless, humble, kind, determined and hardworking. That is not to say he was not flawed, as like all of us, his life was complex, his journey imperfect, but even in his imperfection, he strived to help others and yearned to make the world a better place.

On October 13th, 2020 the world lost a wonderful man, too suddenly, without time for all of us who have so much to thank him for, so much to love him for, to share our gratitude… to say goodbye.

Bob, we love you.

Bob was preceded in death by his father Maxwell, his mother Ruth, and his son Sean.

As we honor Bob’s request to forgo any formal service, we instead invite you to remember and celebrate him by sharing your thoughts and memories in the guestbook.

For those who would like to make a donation in his memory, we are suggesting contributions be made to either:

I only just heard about this, via Metafilter, and I am devastated. Bob and I were friends on Metafilter, Twitter, and Facebook. Bob was such a sweet, sweet man, and his posts about his dogs were one of the best things on Facebook - his obvious delight and joy in them made my day whenever they appeared. His gentle sense of humor was an oasis in the angry sea that is social media.
I will miss you Bob. Thank you for your friendship, I will always treasure it.

Best friend for 4 years, growing up in Jackson, Michigan. Originally fishing together, we became trapping partners, learning and studying the outdoors together. Scouting out area streams and lakes before the season opened, we studied the habits of muskrats, raccoons, and mink. We subscribed to Outdoor Life and Fur, Fish and Game magazines, reading everything we could find. Bob, in later years, wrote several stories about those years. One was about us catching our first (and only) mink....

His presence online was amazing and filled with kindness, brilliance, and ferocity of spirit. The world is a little bit sadder and less wise without him.

Many of my fondest school memories were with Bob, Kay Christman, and David Newhouse. We were nerdy followers of our biology teacher, Clarence Owens. We caught frogs to feed his snakes and cleaned their cages. We volunteered to be teacher assistants for his summer school science programs. I can remember the four of us armed with butterfly nets rambling with herds of kids through the Cascades.
Later in life, we corresponded on Facebook. He was extremely proud of Wesley’s accomplishments...

I'm a former student of COPE, and Bob was the first person I met he had his siberian husky with him which reminded me of my own, she was always with him, and we loved it when he brought her around. Bob was a laid back kind of dude. Always going out of his way to make sure we enjoyed our time at COPE. I am grateful to have known you as well as all of the staff at COPE. As I said in my Facebook post, y'all made me the man I am today, y'all helped me out immensely, and for that I thank you. I do...

Bossman Bob,
I would like to tell you that you will be missed. You were my friend and boss for 17 years. You loved that I named my first son Maxwell, because your dad shared the name. You adored my Yukon and got yourself a Lara. I am quite certain that no one was more delighted then me, when you decided to bring her to work everyday. I think I loved her only second to you.
You were always so good to my children, beginning with Sarah and the tea parties in the secret...

I worked with Bob for years. He was such a great man. You could feel his kindness ever day. He was never negative towards anyone . The office will never be the same.

I have been thinking of Bob since I received this news. We were scheduled to have an appointment at 2:00 on October 13th. We used FaceTime for our appointments. When I didn’t hear from him, I guessed one of us had noted it at the wrong time on our calendar. I figured we would catch up later, but that was not meant to be. During our visits, Bob would frequently share from his own experiences, in particular to help me with the transition of my son becoming a man and joining the Army; growing...