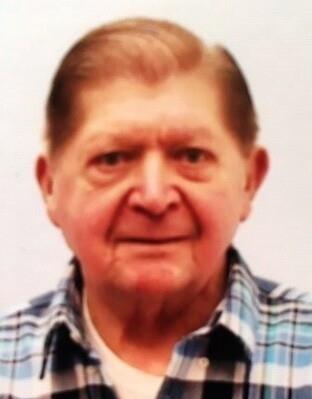 Not the right person? See All ›
AGE
89
LOCATION
Smyrna, Delaware

Robert was born in Downingtown, PA, son of the late Bruce M. Hashinger and Mary Beatrice Strouse Hashinger. He attended Downingtown High School, he however did not graduate, he instead enlisted on May 6th 1948, into the United States Air Force to fight and defend our country and freedom. He later received a certificate from the Commonwealth of Pennsylvania for his High School equivalent diploma in May 1952.

Robert was employed by Sun Oil Co for 40 years as a pipeline and corrosion technician. He attended several night classes in electronics to further his education in order to excel in his position.

He is survived by his children; Terri Hashinger of Middletown, DE, Robert Hashinger Jr. of Cape May NJ, Timothy Hashinger of Frackville, PA, and Lisa Deveney of Wilmington, DE.

A private graveside service will be held on Wednesday August 12, 2020, at the Delaware Veterans Memorial Cemetery, Bear, DE.

Memorial contributions may be made in Robert's memory to Season's Hospice at 4755 Ogletown Stanton Road Newark, DE 19718 or the Brandywine Home Association Veterans of Foreign Wars located at 4631 West Lincoln Highway Downingtown, PA 19335.

For a full obituary, visit YASIKFH.com

To Terri & the Hashinger Family, Please know you are in our thoughts and prayers. May the happy memories provide some comfort in this time of loss. May God also bring lasting comfort to all family and friends.

To Terri, Robbie, Tim, and Lisa - my condolences to all of you and your families for the loss of your father - may he rest in peace.