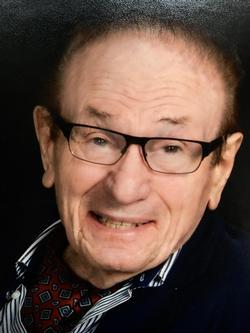 ITHACA - Rocco P. Lucente of Ithaca, NY died on
March 12,2018 at his home with his loving wife by
his side. He was born April 2, 1929 in Cleveland,
OH to the late Francesco and Marianna Lucente
who had emigrated from Rutigliano, Italy. After
graduating Ithaca High School, he pursued his
entrepreneurial spirit and embarked on a career
building houses. In 1950 he established Lucente
Homes, and spent the next 68 years developing af-
fordable homes and apartments for the residents of
Ithaca. His real estate development stretched from
Warren Road to Sapsucker Woods and Hanshaw
Road to Route 13. Along the way he was elected President of the Finger
Lakes Home Bullders Associatlon, was a member of the National Federation
of Independent Business (NFIB), and the Builders and Rernodelers Asso-
ciation. He also served on the Board of Directors for the YMCA and was a
life-long member of the Elks Club. Over his lifetime he developed much of
Northeast Ithaca, and in recognition of his accomplishments, the Town of
Ithaca honored Rocco on his 85th Birthday by renaming Briarwood Drive,
"Rocco Lucente Way:'

When he wasn't building, you could find Rocco boating on Cayuga Lake
or navigating the channels of SW Florida. He was also an avid fan and owner of luxury cars, In his later years he traveled frequently to ltaly to visit family.
On his last trip he had the privilege of meeting Pope Francis.

He was a parishioner of St. Catherine of Siena Church. Over the last several years he developed a fond relationship with the parish priest, Father Joe Marcoux.

He is survlved by his wife of 25 years Waltraud Lucente sons Christopher,
Steve (Pat), Peter (Janet) and Jonathan Lucente, step-children George, Enrique (Sunny) and Susan (Jeff) Stiles along with Mark (Ann) and Michael
(Marissa) Lesselroth, He also leaves behind grandchildren Charisse, Yvette,
Vanessa, Veronica, Chris, M-Rocco, Max, Adele, Hannah, Katie, Grace, Logan and Gianna and several great grandchildren, and his loving family in
Italy, Including his cousins Gaetano Plerrl and wife Elisa, who helped care
for him until his last day. He was pre-deceased by his daughter Liane Jones
and brother Donald Lucente.

Calling hours will be held on Wednesday, March 21 from 4 to 7pm at
Bangs Funeral Home on Thursday, March 22 at 10am at St. Catherine of
Sienna Parish, followed by a mass of Christian burial at ll am, The family
wishes to extend a special thanks to Hospice care of Ithaca, NY. In lieu of
flowers, please consider contributions to Habitat for Humanity, Ithaca
PCA or Hospice.

Waltraud, Jon, only just learned this sad news. My son Tony became friends with Jon when in Ithaca Middle School and we moved to "cigarette hill". My warmest condolences.

We are so sorry to hear about Rocco. He was a very nice man. Much love to the Lucente family.

Steve,Patty,It's a sad day for Tompkins County and I am sure other municipalities your Dad passed away.He was a premier builder as well as a great family man.May your spiritual beliefs help get your family past this.

My condolences to the entire family. Having worked at Lucente Homes for awhile I realized what a good man Rocco was.

My condolences to the family - especially Jonathan. I have many pleasant memories of the children - Jonathan and Mary - playing at the Warren Road Lucente family home in the 1970's with my daughter Missy (Lowery). I remember Rocco as a gracious host with his wife at that time, my friend, Julie, during those years. It was a happy time.

Steve and Patty, It is with deep sadness that I add your father's obituary to my file of dear friends lost and gone. I admired him and found working with him always a pleasure. My heart goes out to you.
Sincerely,
Pete DeGraff

Condolences to Traudel and Family. A great man who led a full life.

I'm so sorry to hear of Rocco's passing. My prayers are with the whole Lucente family. I was blessed to have Rocco as a part of my family during my early childhood. I have such fond memories of him.

MRS.LUCENTE PLEASE ACCEPT OUR CONDOLENCE
FROM PHILLIP AND MADELINE LA ROCCA ROCCO WAS A TRUE VISION GUY. WE ENJOYED VISITING YOU AND HIM IN FLORIDA WE WILL MISS HIM GOD BLESS

Never miss an update about Rocco. Sign up today.