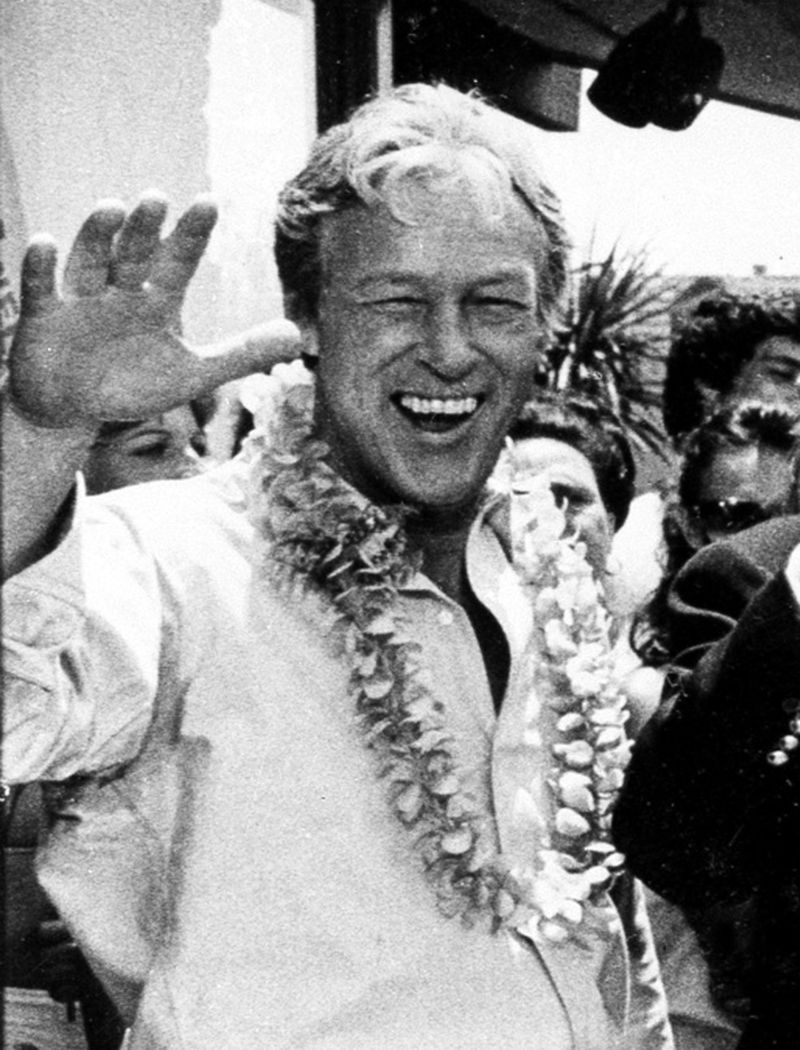 FRAZIER MOORE, The Associated Press NEW YORK (AP) â€” Actor Russell Johnson, who became known to generations of TV fans as "The Professor," the fix-it man who kept his fellow "Gilligan's Island" castaways supplied with gadgets, has died. He was 89. Johnson died Thursday morning at his home in Washington State of natural causes, said his agent, Mike Eisenstadt. Johnson was a busy but little-known character actor when he was cast in the slapstick 1960s comedy about seven people marooned on an uncharted Pacific island. He played high school science teacher Roy Hinkley, known to his fellow castaways as The Professor. There was seemingly nothing he couldn't do when it came to building generators, short-wave radios and other contraptions from scraps of flotsam and jetsam he found on the island. But, as Russell would joke years later, the one thing The Professor never accomplished was figuring out how to patch the hole in the bottom of the S.S. Minnow so the group could get back to civilization. During its three-season run on CBS, critics repeatedly lambasted the show as insipid. But after its cancellation in 1967, it found generations of new fans in reruns and reunion movies. One of the most recent of the reunion films was 2001's "Surviving Gilligan's Island: The Incredibly True Story of the Longest Three-Hour Tour in History," in which other actors portrayed the original seven-member cast while Johnson and two other surviving cast members narrated and reminisced. In a 2004 interview, Johnson analyzed the show's lasting appeal. "Parents are happy to have their children watch it," he said. "No one gets hurt. No murders. No car crashes. Just good, plain, silly fun â€” that's the charm." He admitted he had trouble finding work after "Gilligan's Island," having become typecast as the egg-headed professor. But he harbored no resentment for the show, and in later years he and other cast members, including Bob Denver, who had played the bumbling first mate Gilligan, often appeared together at fan conventions. Johnson, Dawn Wells and Tina Louise were the last of the cast's survivors. Wells played vacationing farm girl Mary Ann Summers and Louise was sexy movie star Ginger Grant. Besides Denver, the other stars were Alan Hale Jr. as Skipper Jonas Grumby and Jim Backus and Natalie Schafer as snooty millionaires Thurston and Lovey Howell. "Russell was a true gentleman, a dear friend with a fantastic wit, and a wonderful actor," said Wells in a statement on Thursday. "The other half of 'The rest' is gone," she said, in a reference to the way her character and The Professor were lumped together in the original version of the show's theme song. Before "Gilligan's Island," Johnson had appeared in dozens of films and television shows. His TV credits included "77 Sunset Strip," ''Gunsmoke," ''Rawhide," ''Wagon Train," ''The Lone Ranger," ''The Twilight Zone," ''Ben Casey," ''Hawaiian Eye" and "Death Valley Days." He also appeared in more than two dozen feature films, including "MacArthur," ''The Greatest Story Ever Told" and cult science fiction favorites such as "It Came From Outer Space." In the 1953 Western "Law and Order," he took part in a gunfight with the film's star, Ronald Reagan. Although he didn't work as often after "Gilligan's Island," Johnson remained active into the late 1990s, appearing on such shows as "My Two Dads," ''Dynasty" and "Newhart." The future actor was part of a family of seven children raised in Ashley, Pa. He joined the Army Air Corps during World War II and served as a B-24 bombardier on missions over the Pacific war zone, breaking his ankles in 1945 when his plane was shot down over the Philippine island of Mindanao. He was discharged as a first lieutenant in November 1945, having earned a Purple Heart and other medals. Upon his discharge, Johnson enrolled at the Actors Lab in Hollywood under the GI Bill. Fellow actor Paul Henreid saw him in a play there and landed him a role as a villain in the film "For Men Only." Until "Gilligan's Island," the ruggedly handsome Johnson often played villains. He married actress Kay Cousins after leaving the Army, and the couple had a son, David, and a daughter, Kim. His wife died in 1980, and his son, a prominent Los Angeles AIDS activist, died of AIDS in 1994. After remarrying, Johnson and wife Constance Dane moved to Bainbridge Island, Wash., in 1988. "We didn't intentionally set out to move to an island," the actor, noting the irony, told a reporter in 1993. "We'd lived in Los Angeles for 40 years and just wanted to get away from the heat, the smog and crowds." From the island he often took a ferry to Seattle to do voice-overs for radio commercials. It was also on Bainbridge Island that Johnson wrote the memoir "Here on Gilligan's Isle." Survivors include his wife and daughter. ___ EDITOR'S NOTE â€” Former AP writer Bob Thomas contributed to this story.

Never miss an update about Russell. Sign up today.