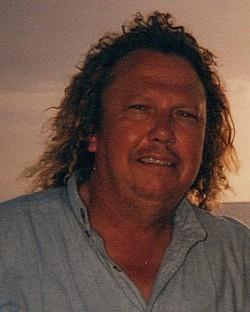 Terry Wayne Ward, age 71, of DeMotte, IN, escaped this mortal realm on Tuesday, January 23rd, 2018, leaving behind 32 jars of Miracle Whip, 17 boxes of Hamburger Helper and multitudes of other random items that would prove helpful in the event of a zombie apocalypse.

Terry is survived by his overly-patient and accepting wife Kathy, who was the love of his life (a fact she gladly accepted sympathy for during their 48 years of marriage). He is also survived by daughters Rebecca (William) Hines and Jean (Jeff) Lahm; sister, Linda; brother, Phil; grandchildren: Alexander and Hannah Hines (The Mesopotamians), Daphne and Erin Pistello (The Daffer and Peanut), Brendan and Owen Lahm (Phineas and Ferb) and Tessa McMurry (Smiley).

He is preceded in death by his parents Paul and Bernice Ward, daughter Laura Pistello, grandson Vincent Pistello, brother Kenneth Ward, a 1972 Rambler and a hip.

Terry graduated from Thornridge High School in South Holland, IL, where only three of his teachers took an early retirement after having had him as a student. He met the love of his life, Kathy, by telling her he was a lineman – he didn’t specify early on that he was a lineman for the phone company, not the NFL. Still, Kathy and Terry wed in the fall of 1969, perfectly between the Summer of Love and the Winter of Regret.

Terry volunteered his service in the United States Army and was an active combat Veteran in the Viet Nam War.

He retired from AT&T (formerly Ameritech, formerly formerly Indiana Bell) after 39 years of begrudging service, where he accumulated roughly 3,000 rolls of black electrical tape during the course of his career (which he used for everything from open wounds to “Don’t use this button” covers).

He was a renowned distributor of popsicles and ice cream sandwiches to his grandchildren. He also turned on programs such as “Phineas and Ferb” for his grand-youngins, usually when they were actually there.

He despised “uppity foods” like hummus, which his family lovingly called “bean dip” for his benefit, which he loved consequently. He couldn’t give a damn about most material things, and automobiles were never to be purchased new. He never owned a personal cell phone and he had zero working knowledge of the Kardashians.

Terry died knowing that The Blues Brothers was the best movie ever, (young) Clint Eastwood was the baddest-ass man on the planet, and hot sauce can be added to absolutely any food.

Tremendous and heartfelt thanks go to the truly exceptional nurses at Southlake Methodist Hospital Neuro-Intensive Care Unit, who provided much more than nursing care for Terry, but also provided a peaceful and compassionate environment during his transition from this life to the next.

Friends can visit with the family on Saturday, January 27, from Noon until the time of the Funeral Service at 4:00 PM, with Pastor Mark Wilkins officiating, at Geisen Funeral, Cremation & Receptions Centre, 606 E. 113th Ave., Crown Point, IN.

A Military Honor Service and inurnment took place on August 21st, 2018, at Arlington National Cemetery in Washington, D.C. The location of the Niche is: Court 11, Section II, Column 2, Niche 2.

Memorial donations in Terry’s name can be made to your favorite charity or your favorite watering hole, where you are instructed to tie a few on and tell a few stories of the great Terry Ward.

What a great guy. Like him, I love Blues Brothers, Clint Eastwood (I named my son Clint), and free beer. I also put in 33 years in the phone business.
May God Bless such a wonderful family.

I didn't know Terry, I'm 78 and also a military veteran. Our nation is free because of men like Terry. I wish I could have known him, it would have been a distinct honor. I did 31 years in the USAF, I'm a mustang working my way up from the enlisted ranks. And yes, there a lot of us out there just like Terry. May Terry rest in peace and God Bless his wonderful family.
Bob Shanks
Col USAFR (Ret)

I have been reading through the obits because I wanted one like this for my mom. Terry must have been a wonderful man to raise kids who lived him enough to write such a beautiful, classy and funny life story for him. I only hope my mom's will turn out half as good. This is not easy when it's a parent be ok r any li c Ed one. The strength to get one who w r it's I to must have been to be able to ok focus on Terry so beautifully is amazing. I hope when my time comes someone will write something...

I sincerely hope Terrys family has found some peace and comfort since his passing. Its obvious he was a beloved husband and father. This is the time of year awards are doled out to celebrities for a variety of things.........but none can surpass this ongoing memorial tribute to a non-actor who goes by the name Terry Ward. He would garner many awards for his various duties he performed while on earth...... best husband, best father, best soldier, most prepared for a zombie apocalypse! The...

Dear Friends & Family of Terry,
I came across this obit. looking for someone else on FB & from the comments, something told me to open it and read it. So glad I did! I was laughing in the first sentence!! Those of us who never met the physical Terry feel like we still know some of his heart and soul from these livelier than life words. What a wonderful life he lived & loved!! God is good & he lets us keep the love we receive from others when they pass on to the next...

From a family, in Pa., We just saw this article and obit. Congratulations, to Terry, for raising children that would write this final tribute. I also had a dad who was unusual, in such a wonderful way. The meek shall inherit the earth and move on to heaven. Terry say hi, to Ralph, my father.

I never knew Terry, but reading his obituary, i feel we were friends.
I see he was a vet and is in Arlington, I have relatives there, and i am only a two hour drive away, and when i visit, i am going to stop by and pay my respects to a great guy i loved but never got to meet

I, like many others, found Terry's obituary online. I saved it over a year ago and frequently come back to read it. It's amazing how many people have been touched by his story! He must have been an incredible human being. I've shared it many times and it always brings smiles. I pray that his family has found peace and knows that his story continues to touch people everywhere!

Sorry for your loss, I would have loved to have known Mr. Ward.

Never miss an update about Terry. Sign up today.