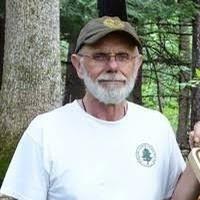 Ithaca - Thomas J. Reimers, professor emeritus of endocrinology at Cornell University, passed away on January 23, 2019 at the Hospicare Residence with his friends at his bedside. He was born on June 26, 1945, in West Point, Nebraska, and grew up on the family farm near there.

A distinguished scholar in animal endocrinology, Dr. Reimers joined the Cornell faculty in 1978 and retired in 1999. He served as director of the Endocrinology Laboratory in the Diagnostic Laboratory at the College of Veterinary Medicine. He was also director of the Office of Research and Development Services in the college. His research efforts centered on thyroid, adrenal, pancreatic, and reproductive function and dysfunction in animals.

Tom had a great love for the outdoors of New York State. He spent much of his time hiking, backpacking, snowshoeing, birding, and enjoying wildflowers, snakes, salamanders, wild mushrooms, trees, ferns, and other local flora and fauna. Tom helped build and maintain several sections of the Finger Lakes Trail, North Country National Scenic Trail, and Cayuga Trail. He was president of the Cayuga Trails Club, Inc., for six years, the Finger Lakes Trail Conference, Inc., for three years, and the North Country Trail Association, Inc., for three years. He also served as president of the Finger Lakes Land Trust for one year and was on the Land Trust’s board of directors for nine years. He received the Wallace D. Wood Distinguished Service Award in 1998 and the Howard S. Beye Lifetime Achievement Award in 2008 from the Finger Lakes Trail Conference. He was named Conservationist of the Year by the Finger Lakes Land Trust in 2006. Tom received the Richard B. Fischer Award for Environmental Conservation from the Town of Ithaca in 2009. He was also active in his Ithaca neighborhood having served as president of the Eastwood Commons Residents Association for nine years.

Dr. Reimers was pre-deceased by his parents, Perry and Mildred Reimers and brother Jerry. Survivors include his nephew Daniel Reimers and nieces Janet Essman and Linda Reimers.

Private burial was at the Greensprings Natural Cemetery Preserve, Newfield, NY in January.  Tom's life was celebrated by friends and family at a memorial gathering held at the Cornell Botanic Gardens' Neven Welcome Center, Ithaca, NY in June.

Donations in honor of Tom can be made to the Finger Lakes Land Trust, 202 East Court Street, Ithaca, NY 14850.

It was a huge privilege to get to know Tom, and to several times work alongside him doing trail maintenance for the Finger Lakes Land Trust. What an incredibly dedicated person. And thanks to his great humility, I knew him only as "Tom", the way he introduced himself; I don't think I knew he had any advanced degrees until a few years into working with him! I miss him, as I know many other people do too...what a wonderful man.

Well TJ it is only a couple of days until we would have been going on our Valentine luncheon. Carol and I are still going to lunch in honor of you. We will raise a glass of wine in honor of your friendship and our love for you. We sure do miss you. SJC

It has taken me a while to come to grips with Tom no longer being in the world with me. I feel a loss and that the world is less bright. His legacy in loving the outdoors and treating others with such grace will last.

Although I did not know him well, Tom's engagement was so vast and his accomplishments so diverse and meaningful that the mere mention of his name inspired appreciative exclamations. His imprint is all around us, and we are much the better for it.

The FLT is much better for Tom's long efforts. Having hiked the trail many years ago with several 'guide', his constant involvement became obvious to me. If there was any improvement or event, it seemed Tom was part of it. It is hard to overestimate his input and guidance to all who used the trails.

I can't recall the first time I met Tom, but it was sometime after I first moved to the Finger Lakes region in 1993. Somehow Tom and I connected as kindred souls. I was building trails and volunteering with the Finger Lakes Land Trust. Tom was at various times President of the FLLT, the Cayuga Trails Club, the Finger Lakes Trail Conference, and the North Country Trail Association. It was as Trails Chairman of the CTC that Tom decided to pass the reins to me. I did my best for three years, but...

So sorry to learn of Toms death. He was an amazing person.

I was lucky to have Tom's friendship and volunteer assistance for the past 10 years that I've worked for the Finger Lakes Land Trust. But it only took 10 minutes here to know that Tom was one of the special people; one of the truly dedicated, truly giving, and truly sincere people who will not only touch your life, but leave a mark that will stay with you always. Thank you Tom.

It was an honor serving with you on trail projects. Your enthusiasm, knowledge, and love of sharing both were awesome. Happy hiking, and hope the Trail Angels you meet have a pot of chili, or a sub, with a cold beer for you. RIP good friend, Paul and Robin.