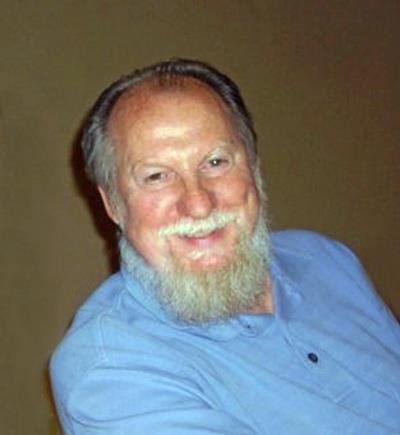 Thomas Wilson was born to Grace and Thomas A. Wilson on October 24, 1946 at Philadelphia, PA. Wilson graduated from Woodrow Wilson High School in Camden in 1965.  He entered the Navy in August 1965 and served as a radarman on the USS Bon Homme Richard CVA-31 and saw service in Vietnam.  He earned the National Defense Services Medal, the Navy Unit Commendation Ribbon, the Vietnam Service Medal and the Vietnam Campaign Medal.  His marriage to Joyce (nee. Flud) took place on December 29, 1967 at Camden, NJ.  He worked for New Jersey Bell for 35 years as a Systems Technician before retiring in 2006. He was a member of IBEW Local 827, VFW Post 6253 of Berlin and was a longtime member of Assumption Parish in Atco.  In recent years he was a poll worker with the Camden County Board of Elections. He was a volunteer with Scout BSA Troop 439 in Tabernacle.

Relatives and friends may greet the family on Friday, May 31, 2019, from 9-11AM, at the Church of the Holy Eucharist, 520 Medford Lakes Rd., Tabernacle, NJ. A Funeral Mass will be celebrated at 11AM, at the church.

Interment will follow in Gate of Heaven Cemetery, Berlin, NJ.

In lieu of flowers donations may be made to the family to be designated at a future date.

Arrangements are under the care and direction of the Mathis Funeral Home, Medford, NJ.

Joyce and family...So sorry to hear about Tom. He was always kind and helpful . Love, Debbie Hagy (Hansen)

Dear Joyce,
I was so sorry to hear of Toms passing. I will always picture him quietly and patiently waiting in your van at the Little Shop, and I will always think of him as a kind soul. My heart goes out to you and your whole family. May you find peace and joy in your memories and Gods love. Love, Janet

Janet I'm so sorry for your loss. My condolences to you and your family.

I was very sad to hear about the passing of Thomas . I pray all of you will feel God's arms around you as you grieve this significant loss. My thoughts and prayers are with you during this deep loss in you lives. Take care

Joyce,My deepest sympathy for you and your family. Tom was a good Friend and Co- worker.He brighten up my
day at work, and all the good times we had together as friends when we were not working. My thoughts and prayers will be with you and your family. I wish I could be there, but I just found out today. I now live in Florida.
But I will be there in love and spirit.
Bob & Sharon Voigt

Mrs. Wilson, children and lovely daughter Janet and husband Dan, our deepest condolences to you during this time of Tom's passing. May the grief and suffering of his loss pass quickly and may memories come forth as "God gives us roses so we may have memories during the chills of December.... Our prayers and thoughts are with you during this time of sadness.

Joyce, sending hugs from Tom and I and girls to your family. xoxoxo

Thoughts and prayers are with you and your family Rebecca. Your family In DMORT.
Cedric Hill

Church Of The Holy Eucharist

Church Of The Holy Eucharist