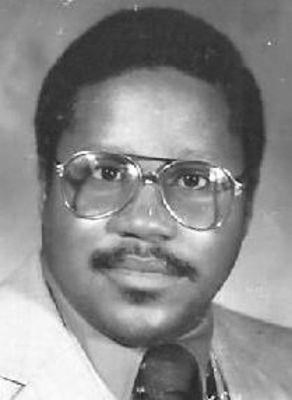 Clarence Joseph Jones was born February 27, 1945, to the late James and Florence J. McClain Jones in Bronx, New York. Clarence earned his Bachelor of Science degree in biology and chemistry at Manhattan College and a Master's degree in science education at City College of New York. During post-graduate study at New York University, he was inducted into the honorary education association, Phi Delta Kappa.

Clarence was joined in the bonds of Holy Matrimony with Lynette Thurston on August 17, 1968. While an undergraduate, he joined Alpha Phi Alpha Fraternity at Eta Chapter. From the time he was initiated in 1966, he was the resolute Alpha man. As a life member, he enjoyed years of service with the brothers of Delta Iota Lambda Chapter in Columbus, Georgia; Zeta Epsilon Lambda Chapter in Red Bank, New Jersey and Beta Gamma Lambda Chapter in Richmond, Virginia. After four decades of dedicated and exceptional education services to children, he retired from the New York City School System in 2006. Beyond the classroom, he was committed to humanitarian services and was a member of Lions Club International. In New Jersey, he served as president of the Lakewood Lions Club (1986-1987) and Regional Chairman (1991-1992). A Melvin Jones Fellow, Clarence received numerous recognitions and awards as a Lion and remained active with the Brandermill-Woodlake Club after relocating to Moseley, Virginia.

A beloved husband, father, grandfather, brother, uncle, cousin and friend, Clarence made the transition from earthly life into life eternal on December 12, 2015. Along with his parents, he was preceded into eternal communion by four siblings, Alma J. Baldwin, Jean T. Young, James A. Jones and Adele C. Scott.


Published by Asbury Park Press on Dec. 24, 2015.
To plant trees in memory, please visit the Sympathy Store.
MEMORIAL EVENTS
To offer your sympathy during this difficult time, you can now have memorial trees planted in a National Forest in memory of your loved one.
MAKE A DONATION