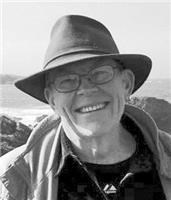 BORN
1952
DIED
2020
FUNERAL HOME
Holycross Memorial Services
486 Bridge Street
Yuba City, CA
Alvin Jay Jolley was born August 30, 1952 at Fort Campbell, KY. His parents were Alvin LeRoy Jolley and Nancy Eugene Fairless. His father was a Captain in the Army. His mother had twins by the age of 15 and by the age of 19 had 4 little ones that she took by herself on a ship to where her husband was stationed in Japan.

They lived at Fort Campbell, KY; Japan; Altadena and Pasadena, CA; El Paso, TX; Fort Bliss, TX; Fort Sill, OK; Fayetteville, AK; Manhattan, KA; and Fert, Germany. While his father was stationed in Vietnam, his mother died in a house fire at the age of 30. Al was 13, his siblings were Norma (15) and Patty (15), Laura (10), Guy (3), and Will (7 mos.). His father returned home but died 10 months later of a heart attack at the age of 35. Their Aunt Gladys and Uncle Glen Jolley became their guardians and they lived in Los Osos, CA.

This is where he met Celia Meredith. They began dating while she was a senior in high school, and he was a house painter in the family business. They married the next summer (1973). They attended Point Loma College in San Diego, CA.

Alvin graduated with a Master's Degree from Point Loma, and then received a Master's of Divinity from Kansas City Nazarene Seminary. He began pastoring in 1978. His churches were in Weaverville, CA; Yreka, CA; Roseburg, OR; and Hallwood, CA. He then began New Beginnings Wesleyan Church in Marysville, CA. He would read his Greek and Hebrew Bibles every morning. He was bivocational and worked for Salvation Army in Marysville, Rideout Hospice, the Cancer Center as their first social worker, Teen Challenge and finally at Freedom Hospice. His heart was for helping addicts to become clean and sober and for everyone he met to know and love Jesus.

He is preceded in death by his parents and siblings Will Jolley and Laura Farewell.

He is survived by his wife of 46 years, Celia Jolley and his six children, Jay Jolley (Amy), Robin Mote (Jimmy), Laura Mote (Andrew), Tifani Jolley, Derrick Jolley, and Henry Jolley; as well as 20 grandchildren and great-grandchildren.

If desired, you may donate to New Beginnings Church in Marysville or to Teen Challenge in Loomis, CA. The Service will be held at Crossroads Church in Yuba City, 445 B Street with a reception to follow on Saturday, February 29, 2020 at 11 am.
Share online condolences at
www.appealdemocrat.com
Published by Appeal Democrat on Feb. 19, 2020.
To plant trees in memory, please visit the Sympathy Store.
MEMORIAL EVENTS
Feb
29
Service
11:00a.m.
Crossroads Church
445 B Street, Yuba City, CA
Funeral services provided by:
Holycross Memorial Services
MAKE A DONATION
MEMORIES & CONDOLENCES
11 Entries
I love him with my whole heart. He was a grandpa to so many children. has a dad or grandpa or great-grandpa or friend or a brother or something too so many people. I got to see him two weeks before his death. I just wanted to share a memory that breaks my heart every time. I remember being a little girl and we went to my grandparent's house and every time no matter what he would chase after me and kiss my cheek. Every single time. please rest easy grandpa.
madylen comer
April 9, 2020
All of my love to the Jolley family. A truly Devine Man of The Creator Himself.
Ann Durst
February 22, 2020
May God bless you and your family in this time of sorrow. It sounds like he had a very fulfilling life helping others. Im glad to know that I will see him again one dayI remember all the fun times we had as kids playing together.
Suzanne Jolley Cepello
Family
February 21, 2020
My Dear Uncle Alvin touched so many life's. He brought so many hearts to the throne of GOD'S forgiving grace, as a Minister of God's unyielding love. His legacy, is the MANY souls, he has helped lead to Christ, that will be in Heaven besides him CELEBRATING him home!!! He was loved by so many, and he will forever be REMEMBERED by so many. Because of his hearing to God's call. His life to me is a beautiful reminder, to encourage me, to continue with the call of God in my own personal life & to finish my race well. Twordrs my own destiny. My uncle is an inspiration to me, of how many lifes can be touched by one persons obedience to the call of GOD. My Uncle, will be forever loved, forever remembered & forever MISSED by many. Our love & prayers go out to the rest of my dear precious family. Love Always & FOREVER!!! Sunny & Patty.
Sunny Dayton
Family
February 21, 2020
May God be with each of you during this difficult time. My prayers and love are with you.
Freda Steelman
February 20, 2020
Al Jolley was instrumental in helping both my grandparents cross over into heaven. My grandfather wasn't an easy person to get through those pearly gates but he did manage it. thank you so very much!
Robin Ryan
February 20, 2020
Prayers to the family. Al was an amazing soul.
Dee Byrd
Friend
February 20, 2020
May God bless you and your family in this time of sorrow.
Thalia Fowler
Friend
February 19, 2020
Buddy Al,
It was such a pleasure working with a beautiful soul. Always had a smile on your face and lit up the room with your sense of humor and cheerful demeanor. You were compassionate,
caring and wise, always willing to help others.
You will be truly missed my friend. May You Rest In Peace in the Kingdom of God.
Araceli Bracamontes
February 19, 2020
Brother Al, you made everyone's day brighter with your joy and love. You will be missed. Your Freedom team loves you. Well done good and faithful servant.
Jody Kubis
February 19, 2020
Thank you pastor Al for saving me I know you are sitting next to our father now. Give grandma and dad a hug from all of us and tell them we are fine .
Eddie Bolton
Friend
February 19, 2020
Showing 1 - 11 of 11 results