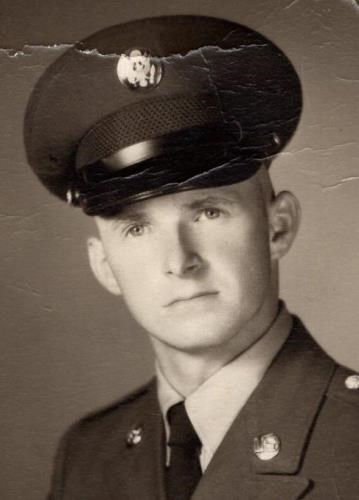 BORN
1944
DIED
2021
ABOUT
Athens High School
FUNERAL HOME
Jagers and Sons Funeral Home
24 Morris Ave.
Athens, OH
ATHENS - Roger Donald Walls, 76, of Athens, went to be with God on Wednesday, Jan. 6, 2021 at the home of his daughter in Nelsonville, after his heart failed him. His children were by his side. Born May 29, 1944 in Athens, he was the son of the late James Walls and Edna Davis Walls.
A graduate of Athens High School he was employed with Abex Corp. and retired from Athens Mold and Machine after 40 years of service. He was a U.S. Army veteran with the rank of Tech Sergeant. He was a lifetime member of AMVETS Post 76 and a member of K.T. Crossen Post 21 American Legion. He enjoyed hunting, fishing, gardening and being in the outdoors.
Roger is survived by his daughter, Rebecca (Charles) Arnold of Nelsonville; his son, David (Vicki) Walls of Nelsonville; seven grandchildren; five great-grandchildren; a sister, June (Richard) Coe of Athens; several nieces, nephews, and cousins.
Besides his parents he is preceded in death by a sister, Virginia Griffin; four brothers, Virgil, Milard, Vernon and Melvin Walls.
Due to the COVID-19 Pandemic, a memorial service will be held at a later date. Arrangements are with Jagers & Sons Funeral Home, Athens. In lieu of flowers, contributions may be made to the funeral home for expenses. Please share a memory, a note of condolence or sign the online register at www.jagersfuneralhome.com.

Published by The Athens Messenger from Jan. 8 to Jan. 10, 2021.
To plant trees in memory, please visit the Sympathy Store.
MEMORIAL EVENTS
To offer your sympathy during this difficult time, you can now have memorial trees planted in a National Forest in memory of your loved one.
Funeral services provided by:
Jagers and Sons Funeral Home
MAKE A DONATION
MEMORIES & CONDOLENCES
Sponsored by Jagers and Sons Funeral Home.
5 Entries
Grief can be so hard, but our special memories help us cope. Remembering you and your loved one today and always.
David Chesser
Classmate
January 12, 2021
My sincere sympathy to the entire family. Roger was a great guy and will be remembered by all who ever met him.
Shirley James
January 10, 2021
My sincere sympathies are with the entire family. I have many nice memories of Roger.
Trinny Williams
Acquaintance
January 9, 2021
I have wonderful memories of the time Roger and I spent our life together. I have always thought dearly of Roger and always will. David and Becky, I'm truly sorry for your loss and so happy you were with your Dad when he passed.
Kathleen Embrey
Friend
January 9, 2021
Our prayers are with Becky and David and your family's . Love
JEANETTE HENRY
January 8, 2021
Showing 1 - 5 of 5 results