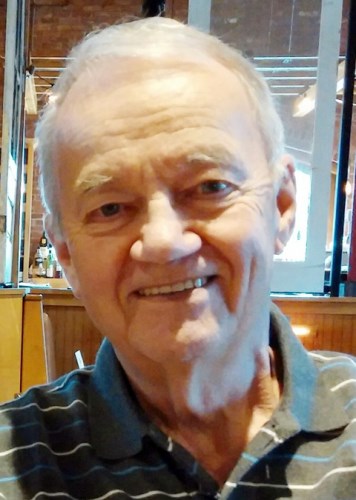 John was born in Auburn, NY and had resided in Johnson City for the past 26 years. He was the son of the late Dorothy Vannais McLean of Auburn, NY, and the late John H. Deal.

In addition to his mother and father, he was preceded in death by his step-father, John McLean and brother, Randy Deal.

Memories and condolences may be shared with the family via www.morrisbaker.com.

Published by The Citizen on Oct. 17, 2021.
To plant trees in memory, please visit the Sympathy Store.
MEMORIAL EVENTS
Oct
21
Celebration of Life
5:00p.m. - 8:00p.m.
Izzo's White Barn Winery
6634 Cayuga Road, Cayuga, NY
Funeral services provided by:
Morris-Baker Funeral Home
MAKE A DONATION
MEMORIES & CONDOLENCES
Sponsored by Morris-Baker Funeral Home.
2 Entries
Sorry for your loss.
David Glanville & Elizabeth
Friend
October 21, 2021
Virginia, and I always called you Ginny, in high school, I am so saddened by the loss of your husband, Roger. My thoughts and prayers are with you and your family.
Ruth Wattles Devine
October 18, 2021
Showing 1 - 2 of 2 results