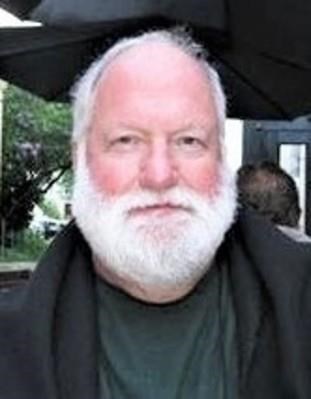 Scottsdale - Alan S. Anderson, 72, reached the end of his brave battle with cancer at home in Scottsdale, AZ the evening of April 19, 2019. Alan is predeceased by his parents, Eric S. and Hazel Anderson, of Manchester, CT. He leaves his wife of 50 years, Carol (Fruhauf) of Argyle, NY, an older sister, Joan Lambert of Ledyard, CT, a niece and three nephews in NY, CT, and VT.

Alan graduated from Manchester High School in 1964 and chose the love of his life, Carol, while earning his BA degree from Hartwick College, Oneonta, NY in 1968. Alan and Carol married in Saratoga Springs, NY in 1968 and moved to Springfield, OH, where he graduated from Wittenberg University with a Masters of Divinity in 1972. He was ordained by the Lutheran Church in America that year and accepted a calling to become Pastor of Christ Lutheran Church in West Boylston, MA. During this calling, the couple built their first home, a mountain hideaway, in Tamworth, NH. In 1976 Alan decided to leave the ministry for greater challenges in corporate America and spent 20 years with high tech companies - Digital Equipment Corporation, SAP, and ASML, primarily in the Boston area, Atlanta, and Tempe, and finally in The Netherlands, specializing in International Human Resources.

Alan's life was full and adventurous, his passions ranging from sailing, skiing, classic cars, gourmet food and wine, ballooning over Bagan and the Masai Mara, hiking New Hampshire's White Mountains, and trekking in the Himalayas, to vacationing in mystical and cultural centers of some 130 countries. Alan was an amazing man whose kind, loving spirit will remain in the hearts of all whose lives he touched.

You may honor Alan's life by donating to Action Against Hunger at www.actionagainsthunger.com. A private celebration will be held at a later date.


To plant trees in memory, please visit our Sympathy Store.
Published by The Arizona Republic on May 12, 2019.
MEMORIAL EVENTS
No memorial events are currently scheduled.
To offer your sympathy during this difficult time, you can now have memorial trees planted in a National Forest in memory of your loved one.
MAKE A DONATION
MEMORIES & CONDOLENCES
3 Entries
May God bless you and your family in this time of sorrow.
D. Psalm 90:9,10 Andrews
May 13, 2019
My heart felt condolences may you draw comfort and hope from the words of Hosea 14.
May 12, 2019
I am so sorry for your loss. May you receive strength and comfort from God. "He will make you firm, he will make you strong, he will firmly ground you." - 1Peter 5:10
May 12, 2019
Showing 1 - 3 of 3 results