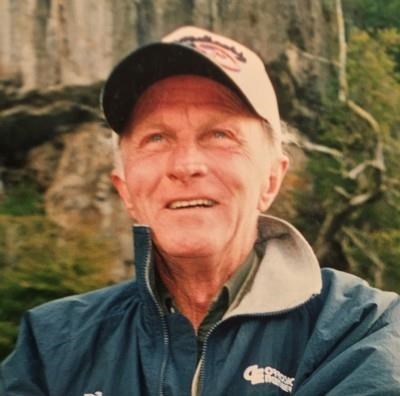 Mesa - Donald "Don" Charles Dunn, 78, of Mesa, Arizona passed away peacefully on December 15th, 2017, with his loving wife Margaret at his side. He will be dearly missed by all whose life he touched during his time on earth. Born the Son of Kenneth and Neva (Marine) Dunn in Denver, Colorado. Raised working the family farm, hard work never left him. Don served his country proudly, as a US Navy diver in the late fifties. A time he cherished, that allowed him to see the world, and forged him into the gracious, disciplined, humble man that he became. He had an entrepreneurial drive that led him to start, with his wife Margaret, a successful business in the global mining industry, forming tight knit friendships and bonds with his employees, colleagues, and peers.

A husband and proud Father of eight boys, he cherished his free time making the most with his Sons and their Families. Don could always light up a room with his kindness, sense of humor, or just the true love he showed to people lucky enough to cross his path. And if he wasn't busy enough, he also found time to travel with his wife, fly fish, golf, or just have a cold beer and a laugh with friends.

A private memorial is planned for spring, donations can be made in his honor to the following charities: American Lung Association, Cancer Research Institute, or Habitat for Humanity International.


To plant trees in memory, please visit our Sympathy Store.
Published by The Arizona Republic on Feb. 21, 2018.
MEMORIAL EVENTS
No memorial events are currently scheduled.
To offer your sympathy during this difficult time, you can now have memorial trees planted in a National Forest in memory of your loved one.
MAKE A DONATION
Please consider a donation as requested by the family.
MEMORIES & CONDOLENCES
10 Entries
Grandpa Dunn, I miss you everyday. You were (and will always be) the person I strive to be like. You are the most humble and genuine person I have ever known. I told dad the other day, there was something special about grandpa, something magic, something magnetic. You never counted anyone out, you always believed in people. You gave me an opportunity that changed the course of my life and I will be forever grateful to you for that. Journey well grandpa, I love you forever.
Sarah Dunn
Family
June 11, 2020
I had the opportunity to guide this man, one of the best clients I've had in my life, a great man, a great friend, a great person, I'm very sorry for his departure and I'm always waiting for an adventure with Don, we fish in many places and I think I have made happy my great friend with whom we enjoy unexplored places, beers and many Pallmall red, I will see you in the other life my great friend and we will continue fishing and laughing as always.
Mariano Peppi
October 5, 2018
I am so sorry to know that Don has left us behind. I had the great opportunity to work with him and he had always a smile on his face. God bless you Don !
Maly White
March 8, 2018
Was very fortunate to have known you the short time that I did, but you made a huge impression. How else did I end up being a Broncos fan?
Anonymous A
Friend
March 6, 2018
RIP and my condolences for your Father...
Tom Hussey
February 26, 2018
Our sincere condolences to the family and friends of Mr. Dunn. Draw close to God in prayer in your time of grief as he promises to stay close to you. Romans 12:12
Penny. J
February 25, 2018
Even though this man didn't see me much as I grew older in life- his distant niece in Denver- he never failed to make me feel welcomed and loved. Whether I took my children (his great nieces and nephews) to Phoenix to meet him or he met with us in Denver on a business trip, he always treated me as though I was his own daughter. He even embraced my then husband, Greg, without giving it a second thought. A truly loving, wonderful man. My heart is sad.
Jennifer Dunn
February 23, 2018
At this time, I find it difficult to put into words the many wonderful times and memories that were shared with me and my family. I walked in your steps as your son and by your side as a man. I will always be grateful for the unconditional love that was shown along that journey. By example you set the bar of life high, I will strive at all times to reach for that bar and will always be grateful for the path that you have paved.
Dad, we love you. Marty and Vicki
Marty and Vicki Dunn
Family
February 22, 2018
i can't express into words how truely blessed i am to have been your granddaughter. you are such an amazing man and i will cherish every memory we shared together!! I love you Grandpa.
Whitney Dunn
February 21, 2018
May the many memories he helped create find root in your heart and bring special recollection to your mind as you both mourn and celebrate his life... and may God bless you as you deal with his passing.
Bernald Porter
February 21, 2018