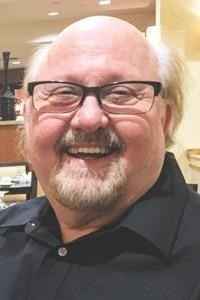 BORN
1942
DIED
2017
ABOUT
Lafayette Central Catholic High School
Daniel Michael McGuire, 74, of Bakersfield, CA, passed away on Wednesday, June 7, 2017. Dan was born on December 10, 1942, the son of James D. and Dorothy (Mikesell) McGuire, in Lafayette, Indiana, where he graduated from Central Catholic High School. He lived in Lafayette until 1981, when he moved to California and remained until his death.
Dan is survived by the light of his life, Amy, his wife of 14 years; brother Patrick (wife Peg), of DeMotte, IN; daughters Joy Jarvis (husband Mark) of Lafayette, IN and Angela Trop (husband Jeff), of Winfield, PA; son Michael (wife Sharon) of Bloomington, IN; stepson Troy, of Orlando, FL; and seven grandchildren: Aubrey and Adam; Corey and Keenan; and Garrett, Drew, and Chase.
Dan was known for being a man of music. In Lafayette, he opened McGuire Music in 1971, a retail musical instrument company that is still open. He owned the bar and restaurant Magoo's from 1979-1981. He played music from the age of 7 until just before his death, starting out on the accordion then switching to keyboard. He played in the bands Dan McGuire and Friends (which he led at age 18) and The Dan McGuire Trio in Lafayette, and the Fat Daddy's Blues Band and the John Hollins Band in Bakersfield. Dan loved performing at the Crystal Palace and the Pyrenees Cafe and was a big hit on First Fridays with Ken Fahsbender at the Guild House.
After moving to California, Dan became a nationally recognized, award-winning sales representative for St. Louis Music Supply, where he built his territory throughout the Southwest and Hawaii. He retired in 2005 after working in music sales in various capacities for more than 20 years.
In retirement, he found a new love in writing, both songs and books. Dan published two novels, kept a regular blog he called "Bako Heat," participated in writing contests, and was presented the Jack London Award from the Writers of Kern, where he served on the board. He was a strong supporter and board member of Bakersfield Community Concert Association and was also active in leading local music events, organizing concerts, and attending Amy's many violin performances.
Seeing the need for help in education, Dan volunteered weekly in a second grade classroom at Cesar Chavez Elementary School for many years. He listened to children read and made great efforts to connect with them.
Dan did everything to the fullest extent, with passion and determination, whether it was his first job digging and selling grub worms as a youngster or learning to play a new keyboard. His favorite mottos, which he lived by, were "always keep moving forward" and "all of our experiences in life make us who we are today." Dan will be missed by all whose lives he touched.
Celebration of Life and Music will be held at the Crystal Palace, Wednesday, June 28, 2017, at 6:00 p.m. Call 661-328-7560 for reservations. In lieu of flowers, please donate to
KCMEA.org
Music Scholarship Fund or
Bakersfieldcca.org
or the charity of your choice.
Published by Bakersfield Californian from Jun. 15 to Jun. 16, 2017.
To plant trees in memory, please visit the Sympathy Store.
MEMORIAL EVENTS
Jun
28
Celebration of Life
6:00p.m.
Crystal Palace
CA
MAKE A DONATION
Please consider a donation as requested by the family.
MEMORIES & CONDOLENCES
24 Entries
Dan was a very special friend of mine. We always had a lot of fun together. There will never be another one like him!! Peace and Love to Amy and all of his family,
Jude Ann Synesael
Friend
June 5, 2019
I didn't know Dan, but discovered his blog a few years ago. The first post I read he described an incident as something out of a Fellini film, and wth that I knew I wanted to follow his posts. I loved reading his recollection of the Kennedy assasination. My condolences to the family. Rest In Peace, Dan. You touched more lives than you will ever know.
Ann
June 25, 2017
The Arman girls always loved Danny.
Condolences from us and Pat in heaven.
June 16, 2017
I am so sorry for your great loss. May the God who "binds up the brokenhearted" and "comforts all who mourn" sustain your family during this challenging time. (Isaiah 61:1,2) With heartfelt sympathy.
CW
June 16, 2017
Love you my friend. You will always be in my heart thank you for your talents and friendship.
JOHN Hollins
June 16, 2017
In loving memory of my good friend, Dan. Thank you for your friendship and for always making me laugh.
Pamela Cokain
June 14, 2017
We'll be missing you, Dan. Thanks to the family for letting us borrow him for a while.

Laurence Impastato
Laurence Impastato
June 14, 2017
Heartfelt condolences to Amy and Troy for this sad time, to Dan and Amy's children and grandchildren for this loss, to Pat for the loss of his first close friend, and to all family members and friends...Danny's love, wit and music will live on with you. God gained another great in His choir, listen for him on a quiet day....
Elizabeth Gaye Reynolds
June 13, 2017
Dan was my good friend and I'm going to miss him a lot. I was blessed to know him.
Robert Decker
June 12, 2017
Heaven done called another blues singer back home ....
Hope you're jamming with Stevie Ray and Gregg Allman and all the other bluesmen that you so loved and admired.
Maria Orloff
Friend
June 12, 2017
Rest In Peace Dan. A wonderful friend and loving husband. Our condolences. Denise and Daniel Millet.
Denise Millet
June 12, 2017
Dan was a friend and a darn fine musician. He will be sorely missed, but our lives were all richer for having known him.
Tim Swanson
June 12, 2017
You are now playing beautiful music in Gods Heavenly Bands.
Edd & Sandy. Moore
June 12, 2017
Thanks for all the good memories from CC thru our graduation in 1960. Rest in peace Danny.
Pauline Harris Crpenter
Pauline Carpenter
June 12, 2017
Prayers of comfort to the family.
Uncle Tom & Aunt Cheryl
June 12, 2017
May tyour eternal flame continue to burn through music.
Angela Dwork
June 11, 2017
Am very sad to learn of the passing of Danny, a wonderful classmate and person. Always remember his love of music. May he rest in peace and his family feel the healing of our loving Lord. Bless all of you.
Suzi Ricks Austin
June 11, 2017
One of the all time great musicians in Lafayette. Everywhere he performed he always kept the audiences. Zero walk outs. Dan will very definitely be missed. He has joined some of the other wonderful players now. What a band that'll be!
Chuck Muston
June 11, 2017
May Dan rest in the peace of Our Lord. May Amy, Patrick and all of his family and friends find comfort in the fond memories that we shared with him with Dan through the years. Peace to all!!
Jerry and Jude Ann Synesael
June 11, 2017
So sorry to hear this. I'm remembering the good times we all had growing up. Love to the family.

Cousin Kathy Korty
June 11, 2017
My condolences to Amy and family members of Dan McGuire...my thoughts and prayers are with you...he was at CCHS ahead of me...my classmate Brett Eberle was raised with him by the McGuires....
Alice Anderson
June 11, 2017
Everyone, i am so very sorry to hear about Danny's death. He was a great guy and always happy. I'll say a prayer for all of you that your hearts will be lighter.

The Lord Bless you and keep you!
The Lord let his face shine upon you,
and be gracious to you!
The Lord look upon you kindly
and give you Peace!
Numbers 6: 22-27
Tom Anderson
June 11, 2017
Everyone loved Danny please let us know on facebook when his service will be. My prayers to the family.
jackie shipp
June 11, 2017
Rip Danny, will miss you .
Loving you , your cuz Carol
Carol Pendleton
June 11, 2017
Showing 1 - 24 of 24 results