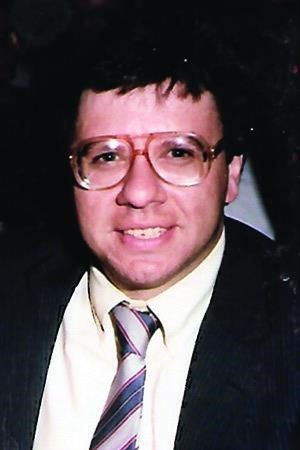 Steven Lee Sanders passed away peacefully on Saturday July 17 in the care of Hoffman Hospice in Bakersfield, California. He was 64. Steven was born on February 21, 1957. He was the second child of Dr. and Mrs. Saul Sanders, and the father to three children Zachary, Natalie, and Jeremy.

Steve grew up in Wayne, New Jersey. He attended Bates College in Lewiston, Maine, where he studied history. After receiving his Bachelor of Arts, Steve went on to attend law school at the Cardozo School of Law in New York City before transferring to the University of San Diego School of Law.

He began his career as an attorney in private practice in San Diego. In 1988, he moved to Bakersfield, California to begin his job as Deputy County Counsel for Kern County. Steve held this position for over twenty years, where he served as a passionate civil servant working on election law as well as various other county-related matters.

Steve was a proud father of three children. He loved spending time with his children, reading, taking walks with his dogs, and watching sports. An avid sports fan, his favorite teams were the New York Yankees, New York Giants, and the New York Knicks. His other passions included history, politics, and classic rock. Many of these passions were passed down by Steve, and continue to live on in his children.

Steve is survived by his children Zachary, Natalie, and Jeremy, his mother Elinor, his brother Arthur, and his sister Debbie. He was predeceased by his father Saul and his brother Don.

Steve was a smart, kind, and loving man. He will be missed. Unable are the loved to die, for love is immortality.

www.bakersfield.com/obits
Published by Bakersfield Californian on Jul. 25, 2021.
To plant trees in memory, please visit our Sympathy Store.
MEMORIAL EVENTS
To offer your sympathy during this difficult time, you can now have memorial trees planted in a National Forest in memory of your loved one.
MAKE A DONATION
MEMORIES & CONDOLENCES
1 Entry
My heartfelt sympathies to Steve´s family. I´m saddened to hear of his passing. I worked with Steve at the County Counsel´s office. He was always a gentleman, and kind and I loved his sense of humor. He was quite the busy one getting his kids to their practices,, band , etc; he always talked about his children and what activities they were involved in at the time. He was so proud of them. He will surely be missed.
Yvonne Salazar
Work
July 29, 2021
Showing 1 - 1 of 1 results