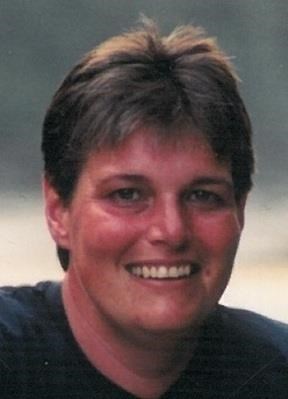 A Memorial Service will be held at 2:00 PM on Tuesday, March 8, 2016 at Clark Chapel and Cremation Services, 405 Center Street, Dowagiac, MI. Memorial donations may be made to the American Cancer Society. Those wishing to leave a memory or condolence of Debra online may do so at www.clarkch.com.

Debra was born March 27, 1959 in Battle Creek, MI to Craig A. and Judith (Whalen) Robinson. She graduated from Gull Lake High School in 1976. In July of 2014, she married Patricia Cloud in Chicago. Debra was a member of the IBEW Local 131. She was a Master Electrician and has been employed at Palisades Nuclear Power Plant for the last 7 years. Debra enjoyed taking road trips and would often just say "let's go" and there was no telling where you would end up. Several years ago, Debra and her wife Pat took a trip of a lifetime to England, Ireland and Scotland. She loved to visit with lifelong friends, often traveling to Texas or Florida to be with them.

Debra is survived by her mother Judith (Stanley) Whitney of Battle Creek, MI; three brothers; one sister; and a special friend Kevin Colbert.

Debra was preceded in death by her wife Patricia Cloud.