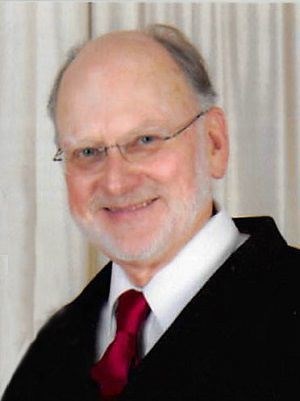 Dennis Wayne Delzer was born Nov. 3, 1946, in Bismarck, to Ruby (Olson) and Reinhold Delzer. He attended Roosevelt Elementary, Hughes Junior High, and graduated in 1964 from Bismarck High School. He received his Associate's in Arts from Bismarck Junior College and graduated with a Bachelor's in Business Administration from the University of North Dakota.

Dennis and his brother Jerry superseded their father in the operations of the Delzer Construction Company in the 1970s, focusing on underground sewer and rural water pipe laying, spearheaded by using their innovative new plow and technique. The plow was pulled by four huge crawlers, D-9's and Euclid's, that laid thousands of miles of pipeline. This helped pioneer and develop a novel method of expedient supply of clean water to rural communities of the Midwest.

On Dec. 20, 1968, he married his high school sweetheart, Linda Beglau. Dennis and Linda's first date was to see the movie To Kill A Mockingbird. Happily married for 51 years, God fruitfully blessed them with three beautiful children, Kamala, Jeb, and Charmaine.

Entrepreneur at heart, Denny had many businesses from Den-Del Tropicals, Trees Inc., Hi-Performance Car Washes, to scrounging for '32-'34 steel Ford cars, pipe organs, XR-1000's, British Triumphs & Egli-Vincent motorcycles. He built from scratch, restored, or refurbished many machines including street-rods, Falls-Flyers, Woody's, Vincent Rapides, an Austin-Healy, a Vincent Black Shadow & an Egli-Vincent. Numerous magazines have incorporated Dennis' projects and toys. In 2000, Denny orchestrated the Vincent Owners Club North American Rally to be hosted in Bismarck, with a proclamation from Governor Schafer, a good childhood friend. Dennis had a knack for researching, procuring then implementing many endeavors including land development, petroleum interests and others.

Growing up with the 21-Rank Minnesota Theatre Wurlitzer Pipe Organ, installed in his boyhood home and hearing his father and many famous musicians play it, as well as his sister singing and playing the piano, inspired Dennis for the love of music. Playing bass guitar and singing in his teenage 1960s band The Dimensions, led his soul to rhythm and blues, which progressed naturally into the funky B-3 Hammond sounds. Starting as a hobby, buying and refurbishing these gems, led him to transition to a full time worldwide B3Hammond.com business selling organs to world-renowned artists and others. He cranked on a B-3 in the Powerhouse & ZuZu Bands living the music along the way.

Dennis was a loving, Christian, family man. He and Linda were proud to have been chosen to be Godparents to Dazhe [Delzer] Bitz and Nicole Turner.

"Papa" was a kid at heart all the way to the end, which embodied his jovial smile and adventurous, playful spirit and outings, that made a profound, deep connection of love with each grandchild, family member, and person he met. This created meaningful friendships that made all feel they knew him for years even if they had just met. People gravitated to him.

Preceding him in death are his parents; sister, Dolores Sherman; and infant granddaughter, Lillian Ruby Delzer.

Published by The Bismarck Tribune on Jun. 27, 2020.
To plant trees in memory, please visit the Sympathy Store.
MEMORIAL EVENTS
To offer your sympathy during this difficult time, you can now have memorial trees planted in a National Forest in memory of your loved one.
Funeral services provided by:
Parkway Funeral and Cremation Service - Bismarck
MAKE A DONATION
MEMORIES & CONDOLENCES
0 Entries
Be the first to post a memory or condolences.