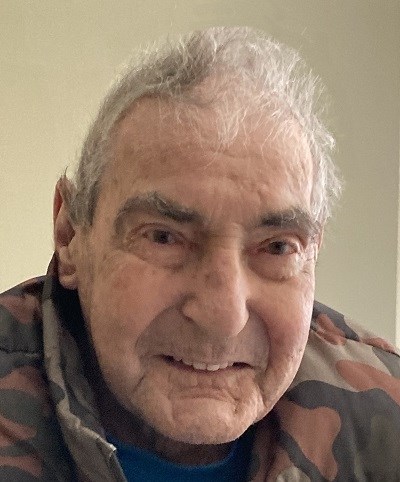 Visitation will be held Friday, May 28 at the Hertz Funeral Home of Harvey from 4 until 6 p.m.

Burial will be in the Martin Baptist Cemetery, Martin.

Jim was born Sept. 23, 1932 at the home of his parents Jacob and Marie (Jans) Rust of rural Martin. He attended the Martin School and graduated from high school in 1950.

The first job Jim had was on the Jamestown Dam construction project. In 1952 Jim took a job on the Great Northern Railroad as an operator and depot agent, his first experience in the railroad industry. In 1956 he switched jobs to the Soo Line Railroad working as a brakeman and conductor for the next 35 years. During his time on the railroad, he served as the UTU (United Transportation Union) chairman. Jim loved working on the railroad, day or night, rain or snow. During his adventures on the railroad, Jim met the love of his life, and future wife, Jean Zweigle. They were married Aug. 9, 1961. They lived briefly in New Rockford and in Harvey before moving to Martin in 1967 where they made their home for over 50 years.

Since one job was not enough, Jim started farming in 1961. Wresting the land from soil bank, he returned to the farm of his childhood. For more than 38 years he shared the love of the land with his three sons. Jim was active in the community.

Jim loved to write. Through his stories and poems, he shared his life's experiences, carefully weaving in a cast of characters who were blessed to share in many of his adventures. He was honored to have some of his stories published in the Herald Press this past year. By sharing these words with his children and grandchildren he will forever be remembered. Jim's other hobbies included throwing horseshoes, gardening, pickling, canning, trapping, and hunting.

In 2020, due to health difficulties, Jim and Jean moved to senior housing in Harvey. After Jean passed away in December, Jim's health continued to decline. In April Jim moved back to Martin, where his family cared for him until he passed.

Jim was preceded in death by his wife, Jean, his parents and brothers, Alfred, Warren, Calvin, Gerhardt, Ralph, Terrance, and William; sisters, Adeline, Marcella, Patricia, and Janice; son Jonah; and grandsons Philip Rust (Mike and Kim) and Seth Rust (Paul and Brenda). Blessed be the memory of James Rust.