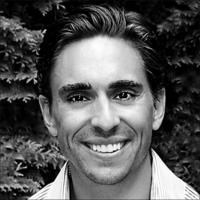 BORN
1982
DIED
2018
OOSTERHUIS, Christopher M. A Young Man Who Will Be Fiercely Missed On Friday, June 29, 2018, Christopher Martin Oosterhuis, husband, father, son, brother, and uncle collapsed while running and passed away suddenly. He was 35 years old. Chris will be fiercely loved and deeply missed by his wife and best friend Jana; their precious girls, Joya and Varra; his loving parents, Paul and Bronson Oosterhuis; his mother and father in law, Joyce and Jan Whiting, and his sister, Elizabeth (Oosterhuis) Delasobera. Chris will also be forever remembered by his numerous nieces, nephews, brother and sister-in-laws, extended family, and dear friends. A native of the Washington, DC area, Chris graduated from The Landon School in 2001, and went on to complete his undergraduate degree in Applied Mathematics at Columbia University's Fu Foundation School of Engineering and Applied Science in New York. He played varsity golf at Columbia, where he also met his wonderful wife, Jana Whiting. He started his career at Goldman Sachs in New York, moving to Berkshire Partners in Boston, Massachusetts two years later. He went on to earn a Masters in Public Administration in International Development at the Harvard Kennedy School, and then an M.B.A. at The Wharton School of the University of Pennsylvania. Following school, Chris and Jana moved to London for three years while he worked for PIMCO, which was where their first daughter Joya (3) was born. Chris and Jana moved to Boston in early 2015 when Chris started what was to be a very successful career in macroeconomics with a focus on interest rate volatility at Convexity Capital. Their second daughter, Varra (1), was born in November, 2016. Those who knew Chris would all agree he was a loving father, husband, son, brother, and friend. He lived life to the fullest. He was physically a big man, six feet five inches tall, but all who knew him realized his intellect and heart were even bigger. His family will always miss his big presence, his amazing hugs and laugh, and his smile. The world has lost a remarkable light. A memorial service will be held to celebrate the memory of Chris on his 36th birthday, August 17th, 2018 at 11 am, in Boston at The Four Seasons Hotel. Donations may be made to OosterHealth Charitable Foundation, Inc., which will be dedicated to research on health, exercise, and nutrition, three of Chris's passions. Donations can be mailed to Chris's sister, Elizabeth Delasobera, at 33 Sandalfoot Court, Potomac, MD 20854.

Published by Boston Globe from Jul. 7 to Jul. 8, 2018.
To plant trees in memory, please visit the Sympathy Store.
MEMORIAL EVENTS
Aug
17
Memorial service
11:00a.m.
Boston at The Four Seasons Hotel
MA
MAKE A DONATION
MEMORIES & CONDOLENCES
9 Entries
Dear Bronson & family,
We are deeply saddened to hear about your unimaginable loss. Our thoughts are with you.
Pam Taylor
Pamela Taylor
July 26, 2018
Paul and Bronson Our sadness is great. We are holding you in our thoughts. Chris lives on in our memories.
Penny and Jim Morrill
July 12, 2018
May our Lord Jesus Christ himself and God our Father ... comfort your hearts and strengthen you, and your family during your time of sorrow.-2 Thessalonians 2:16
GDB
July 12, 2018
Sorry for your loss and grief; may the promise at John 6:40 give you comfort and peace.
July 11, 2018
Dear Jana,
My deepest condolences for your unimaginable loss. God bless you and your sweet girls.

- Roberta S. (Alexandria, VA)
July 10, 2018
Dear Jana,
My deepest condolences for your unimaginable loss. May God bless you and your sweet girls.

- Roberta S. (Alexandria, VA)
July 10, 2018
Dear Bronson, Paul, Elizabeth and Family, I simply could not believe when I saw the paper this morning. Larger than life Christopher...there are no words to express my sorrow.
Mary Lou Sullivan
July 10, 2018
I truly and deeply sorry for your loss. My warmest condolence go out to the family and friends of Christopher. May the God of all comport grant you peace and strength during the difficult time (psalm 29:11).
M C
July 10, 2018
Jana, you and your family have been in my thoughts and prayers since I heard this news. I am so sorry for this loss. Lots of love, hugs and prayers to you and your beautiful girls.
Laura (Cunningham) Goldberg
July 9, 2018
Showing 1 - 9 of 9 results