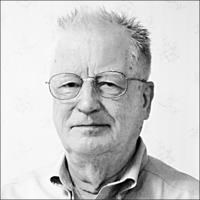 BORN
1940
DIED
2021
FUNERAL HOME
Murphy Funeral Home
85 Federal Street
Salem, MA
WHIPPLE, James F. "Jim" Of Beacon Hill, Boston, died July 13 at Kaplan House, Danvers, after a four month battle with multiple myeloma. Jim was born September 1, 1940, the first child of John S. and Natalie (Lynch) Whipple (both deceased), of Marblehead. He attended Marblehead public schools, graduating from Marblehead High School in 1958. He graduated from Yale University in 1962 and Harvard Law School in 1965. He was employed for thirty years as a tax lawyer in the legal department of Liberty Mutual Insurance Company in Boston. Jim was a lifelong faithful Catholic. He was meticulous, brilliant, and, above all, deeply devoted to family and friends. His principal avocations were music and sailboat racing. When Jim was in junior high school, the music director, Robert O. Corley, encouraged him to switch from trumpet to French horn, which proved to be a perfect fit for him. Years later he located Mr. Corley and thanked him for that gift. He had a lifetime of enjoyment, playing in school bands and orchestras, a Navy band during his brief enlistment, and various chamber groups and community orchestras until his late 70's. Among them were the Arlington Philharmonic, the Boston Bar Association Orchestra, the Harvard Musical Association Orchestra, and several chamber music groups. Having learned to sail at the Pleon Yacht Club of Marblehead, Jim raced his 110 in the 1950's and crewed on his father's IOD in the '60's and '70's. He became a member of the Corinthian Yacht Club of Marblehead in 1966 and joined its Race Committee the following year. Except for the years 1986-89, when he served as the club's treasurer, Jim remained on the committee until 2020. He enjoyed being part of the planning and scoring of sailboat races as well as helping to run them. After his retirement in 1995, Jim found time to volunteer at St. Joseph's Parish in Boston's West End and at Symphony Hall, where he helped for many years with the task of entering performance files into a computer database. Recently he had begun to help computerize the catalog of scores in the library of the Harvard Musical Association. Jim enjoyed travel. In retirement, he began to make annual visits to his brother in Tokyo and frequently visited cousins on Prince Edward Island and in Colorado. He also made annual visits to Europe as part of tour groups in recent years. Jim leaves his brothers John E. "Joe" Whipple of Marblehead and Jeremy A. (Whipple) Iwasaki of Tokyo (a naturalized Japanese citizen) and his wife Mamiko; his nephew Steven S. Whipple of Brooklyn, NY, and his wife Sharyn; cousins Jonathan B. Whipple of Iowa, Judith H. Leef of Virginia, Elizabeth and Epimenio Solano of Colorado and John Smith, also of Colorado; and several second cousins on PEI. Visiting Hours: A Funeral Mass will be celebrated on Tuesday, July 20, at 11:00 a.m. at Our Lady Star of the Church, Atlantic Ave., Marblehead, MA. Burial will follow at Waterside Cemetery, Marblehead. Visiting Hours will be on Monday, July 19, from 3:00 to 7:00 p.m. also at Our Lady Star of the Sea Church. Arrangements are made through Murphy Funeral Home, 85 Federal St., SALEM, MA 01970. For more information or online guestbook, please call 978-744-0497 or visit www.murphyfuneralhome.com In lieu of flowers, contributions in Jim's memory may be made to St. Joseph Parish https://www.stjosephboston.org Corinthian Sailing Foundation www.corinthianfoundation.org or a charity of your choice.

Published by Boston Globe from Jul. 16 to Jul. 18, 2021.
To plant trees in memory, please visit our Sympathy Store.
MEMORIAL EVENTS
Jul
19
Visitation
3:00p.m. - 7:00p.m.
Our Lady Star of the Sea Church
Atlantic Ave, Marblehead, MA
Jul
20
Funeral Mass
11:00a.m.
Our Lady Star of the Church
Atlantic Ave, Marblehead, MA
Jul
20
Burial
Waterside Cemetery
Marblehead, MA
Funeral services provided by:
Murphy Funeral Home
MAKE A DONATION
Please consider a donation as requested by the family.
MEMORIES & CONDOLENCES
5 Entries
Jim was easily one of the most dedicated volunteers to the Boston Symphony. Of our 700+ volunteers, he regularly volunteered over 350 hours each season, which is easily the most number of hours of any volunteer here. Most recently, in addition to volunteering in archives, he began working with our Development department with data entry and research, as we knew he loved spreadsheets! He was a perfect fit for the job and each Wednesday you could count on Jim being at the desk in the volunteer office helping out the department. Jim will be missed indeed!
Erin Asbury
Coworker
August 7, 2021
Jim was a great friend. we played in many musical groups together, and I alsway appreciated his friendship and musicianship
Ian Cohen
Friend
July 19, 2021
A longtime colleague at Liberty Mutual , Jim was a brilliant lawyer and a kind and gentle man. After his retirement, our paths often crossed on Charles Street in Boston and he spoke of his many volunteer projects. My deepest sympathy on your loss.
Lee Rabkin
Work
July 19, 2021
Jim often travelled to visit his cousins on Prince Edward Island. We so enjoyed his visits at the White family’s homestead-and touring around the island with him. We we visited Boston, he was a gracious host and a charming and knowledgeable tour guide. We extend our sympathy to Joe, Jeremy, Mamiko, Stephen and family.
Janice and Ed White
Family
July 18, 2021 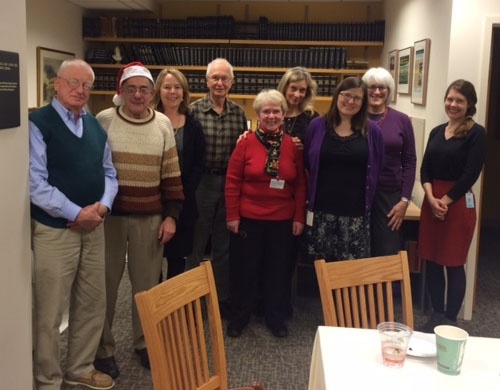 All of us at the BSO Archives will miss Jim so very much. He was a dedicated volunteer for more than 25 years. We all marveled at his attention to detail, his capacity for concentration, and his incredible intellect. He entered thousands of Boston Symphony Orchestra program details into our internal database. As a result we were eventually able to create HENRY, the BSO's performance history search module (freely available to anyone). HENRY would not exist without Jim. During the first part of the pandemic, I heard from Jim. He was anxious to get back to his work here at the BSO Archives. It just won't be the same without Jim this Fall when we hope to be able to welcome back volunteers.
Bridget Carr
Coworker
July 16, 2021
Showing 1 - 5 of 5 results