MATTHEW RUGGIERO
FUNERAL HOME
Keefe Funeral Home
2175 Massachusetts Avenue
Cambridge, MA
RUGGIERO, Matthew Of Brookline, February 1, 2013. A true Renaissance Man, Matthew Ruggiero touched countless lives through his musicianship, wisdom and gentle wit. Born in Philadelphia in 1932, Matthew received professional training in bassoon at the Curtis Institute of Music. He began his career performing chamber music in collaboration with Rudolf Serkin and Marcel Moyse at the Marlboro Music Festival in Vermont, where he met his wife Nancy Cirillo. After spending three years as second bassoonist of the National Symphony Orchestra in Washington, DC, Matthew moved to Boston in 1961 to assume joint duties as assistant principal bassoonist of the Boston Symphony Orchestra and principal bassoonist of the Boston Pops. In 1963, he began teaching music at Boston University's College of Fine Arts and at the New England Conservatory of Music, where he remained a faculty member for the next several decades. In 1978, Matthew began a second career in academia by attending the Harvard Extension School, where he earned undergraduate and graduate degrees in both English and Italian literature. After retiring from the Boston Symphony in 1989, he pursued doctoral studies at Boston University, and received his PhD in Music and Literature at the tender age of sixty with a dissertation focusing on Verdi's operatic adaptation of Shakespeare's Macbeth. In recent years, Matthew continued in his multiple roles as musician, teacher, student and benefactor. In addition to teaching bassoon, he sat on juries for international bassoon competitions, taught Italian language courses and interdisciplinary courses at Clark University, Boston University, Harvard Institute for Learning in Retirement and the Brandeis Adult Learning Center, and spent twenty summers traveling to Asia to coach bassoonists of the Asian Youth Orchestra. In 2003, Matthew founded the Boston Woodwind Society, a non-profit organization that provides financial support to promising woodwind musicians. Matthew died peacefully after a lengthy illness, surrounded by his family. He will be cherished as a loving husband, father and grandfather. He is survived by his wife, Nancy Cirillo of Brookline, three daughters _ Eleanor Gilbert of Lexington, Claudia Goldman of Newton, and Lisa Ruggiero of Natick _ and nine grandchildren. Matthew will be interred at the Mount Auburn Cemetery in a private ceremony for immediate family. A memorial service will be held at Friends Meeting at Cambridge, 5 Longfellow Park, Cambridge, Massachusetts, at 2:00 p.m. on March 23rd. In the words of a colleague, "Matthew will be remembered as a superb gentleman, a marvelous musician, a peerless bassoonist and a deeply valued teacher." In lieu of flowers, donations can be made to endow a scholarship in Matthew's memory at the Boston Woodwind Society, P.O. Box 470413, Brookline, MA 02447 (www.boswinds.org). What Chaucer said of the Oxford scholar in The Canterbury Tales aptly describes Matthew as well: " gladly wolde he lerne, and gladly teche." Keefe Funeral Home www.keefefuneralhome.com

Published by Boston Globe from Feb. 2 to Feb. 3, 2013.
To plant trees in memory, please visit the Sympathy Store.
MEMORIAL EVENTS
To offer your sympathy during this difficult time, you can now have memorial trees planted in a National Forest in memory of your loved one.
Funeral services provided by:
Keefe Funeral Home
MAKE A DONATION
MEMORIES & CONDOLENCES
33 Entries
Patience beyond belief. Thank you.
Angela Capps
December 8, 2013
Matt Ruggiero was my bassoon teacher at Boston University, 1977-1979. He was all about making music: phrasing, expression, nuance, articulation. He had such joy in not just in music making, but in teaching bassoonists how to make music with that sometimes unwieldy instrument. I'm only sorry I haven't reconnected with him recently. I've been playing again--seriously--for the last five years, the things he taught me are now more valuable than ever.
Joel Kleinbaum
May 5, 2013
I along with many, many others will greatly miss Matt's elegance, humor and great, but lightly carried, intelligence. Our thoughts are with Nancy, Matt's Beatrice!
Fred & Jane Wanger
February 18, 2013
As one of many, many HILR members who loved Matt's courses on Dante, I was stunned and saddened to read of his death. I will miss this learned and lovely man,called to Paradiso too soon, and send deepest condolences to all his family. Toni Stearns
February 13, 2013
What I appreciated about him greatly as a teacher (of Dante) was that he knew a lot but never pretended to know it all.
Jake Bakalar
February 13, 2013
Although I had read Matt's obituary I felt a real shock on Monday at HILR when I realized that he would not be leading his Study Group on Dante's 'Inferno' which was scheduled for this semester. Now we can concentrate on being glad that he was at his best up to the very end and is now enjoying the Paradiso.
February 12, 2013
What a prince of a man Matt was. But not a prince of pretense, but a wonderfully modest and generous guy. His seoond career as a professor of literature and language, begun one night course at a time while still in the Boston Symphony, testifies to his curiousity, his dedication and his brilliance. Wish we had crossed paths more in recent years, but whenever I saw him in the past, there was never a time when his wry wit failed to bring a laugh or a smile to my face. All this, and a superb musician, too. What a loss of a great and rare man.
Victor Rosenbaum
February 8, 2013
Matt's quiet humor, humility and intellectual curiosity were a mark of the true humanist. We will miss his music, his scholarship and his respect for learning. Thank you, Matt, for giving us of yourself so graciously.
Michael Bennett
February 8, 2013
He was truly a gentleman, scholar, and, best of all....a great friend. I'll miss him greatly.
Charles Swearingen
February 7, 2013 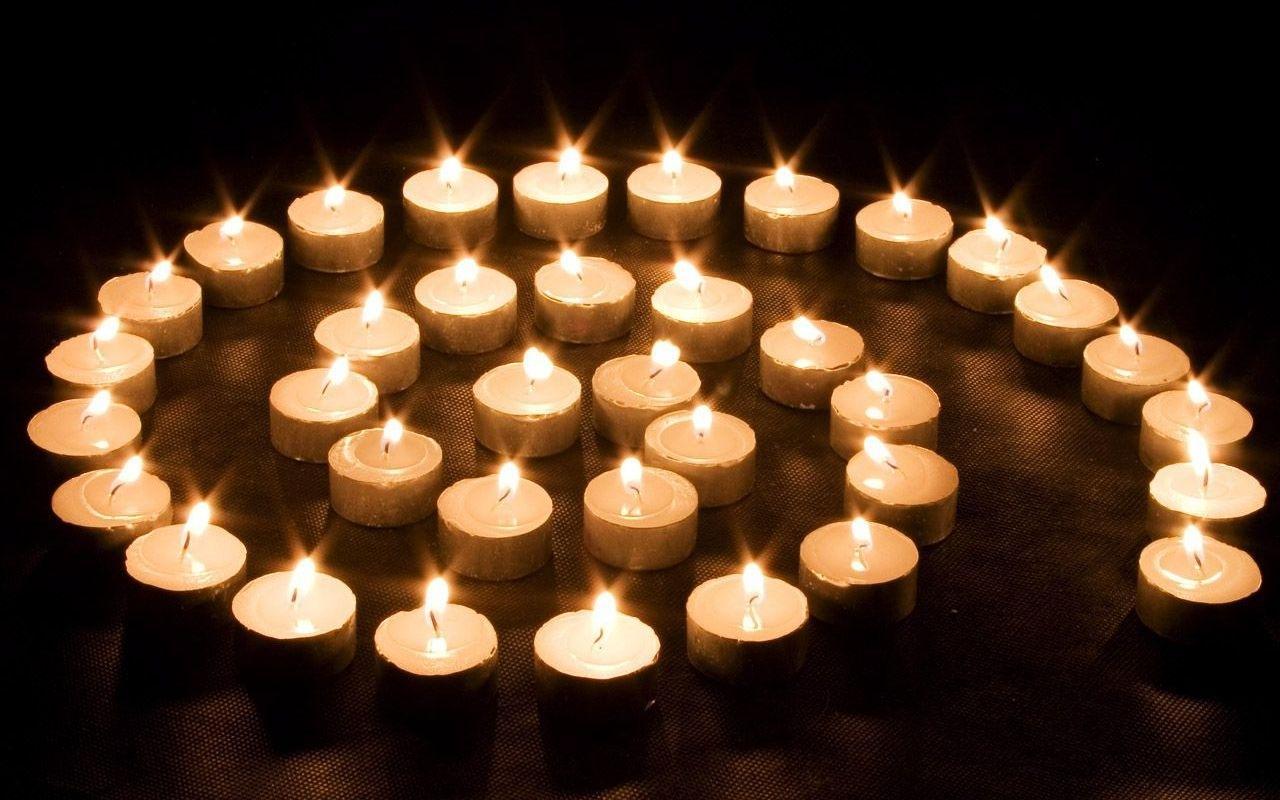 Uncle Matt is the greatest. He lived so authentically and completely that he was so inspirational to others.
Anita Razzano
February 7, 2013
I served with Matt Ruggiero in the Field Band in 1956. He was the consummate professional musician. In addition, he was a fine gentleman.
Larry Stetler
February 7, 2013
Nancy and I were shocked to read about our loss. Matthew was a paradigm for us, as a friend, study group leader, and musician. Matthew will always be in our best momories.
Harold and Nancy Basser/Sack
February 6, 2013
The world has lost an outstanding man and musician. He will be missed. You are in our prayers Aunt Nancy, Eleanor, Claudia, and Lisa. Rest in Peace Uncle Matt.
Carl & Debra Razzano
February 5, 2013
Just heard the news. A great loss, for the musical community, both the Marlboro alumni as well as the BSO, and for the community of mankind.

My condolences to Nancy and the rest of the Ruggiero family. My mother (Ruth Wright) also sends her sincere condolences.
Karl Wright
February 5, 2013
I was fortunate to be hired by Matt & Nancy for several construction jobs at their home. It was a pleasure to work with them and I have positive memories of two gentle and warm people. Please rest in peace, Matt.
John Thiffault
February 5, 2013
I recognized Matt's potential while serving with him in the US Army Field Band and with my Dad in the BSO. La pace è con lei Matt - Josef Orosz
Josef Orosz
February 5, 2013
Matt was a great friend during the time we played together in the National Symphony Orchestra. He was my best man at our wedding and I grieve deeply at his passing. Matt was one of the finest bassoonists on the planet as well as one of the greatest wits ever. Rest in peace.
Carl Rubis
February 4, 2013
Sorry-I meant the "blizzard of '78"!
Tracy McGinnis
February 4, 2013
In January of 1979, a "bumpkin" from Wilmington, DE, traveled north to take a few bassoon lessons with "the man who plays the bassoon with the Boston Pops on TV." Mr. Ruggiero introduced me to actually making music, not just getting through the notes. So, after getting caught in the "Blizzard of '79," I knew it was a sign that I had to return to Boston to study with him and I did, at the New England Conservatory. Thank you, Mr. Ruggiero, for opening my eyes and ears.
Tracy McGinnis
February 4, 2013
I also knew Matt in the Field Band and later in Boston. I always enjoyed his superb playing and great sense of humor. A truly wonderful man, whom I will always remember fondly.
Willis Traphagan
February 4, 2013
I was at Curtis and Marlboro with Matt, and I'm really sorry to hear about his passing. He was a very good friend, a fine bassoonist and musician, a great guy, and one of the funniest men I've known. He will be missed.
Chris Earnest
February 4, 2013
Chris Earnest I was at Curtis and Marlboro with Matt, and I'm really sorry to hear about his passing. He was a very good friend, a fine bassoonist and musician, a great guy, and one of the funniest men I've known. He will be missed.
February 4, 2013
What a great person Matt was, his life is the testimony of the importance of love, happiness, and human connection. Rest in Peace.
Juan Rodriguez
February 4, 2013
How can it be that Matt is gone? His warm collegiality toward his BSO collegues, and the lively personality, warmth, and wit he provided his friends will long be missed. His passing fills us with a great sadness and an empty hole not soon to be filled.
Martha and Harvey Babcock and Seigel
February 4, 2013
I served with Matt in the Field Band in the 50's and found him to be a musician outstanding and also a great person, he will be missed
Maurice Feldman
February 4, 2013
Thank you Mr. Ruggiero!
Rest in Peace and God bless his family.
Katherine Williams-McWilliams
February 4, 2013
Matt was a fellow member of the Army Field Band 1953-56. I'll always remember his artistry, wit and good nature! Sincere condolences to his family.
Larry Bocaner
February 4, 2013
"Good night sweet prince, flights of angels now sing thee to thy rest". William Shakespeare
You've touched so many peaple over the years Uncle Matt, how fortunate to have been one of them. Love always, Donald (The Razzano Family - Donald, Helen, Matthew and Christopher)
Donald Razzano
February 3, 2013
Mr. Ruggiero was my first bassoon teacher when I came to United States and also the only one I had. Any minute was a real pleasure , any advice was a sincere one and his great sense of humor made a lesson or a simple conversation a unique experience. I will greatly miss him, May he rest in Peace !
Adrian Jojatu
February 3, 2013
Dr. Ruggiero was a wonderful teacher and friend. His name comes up often in my teaching, his techniques in my reed making and his wisdom in my playing. I will miss him greatly.
Dale Clark
February 3, 2013
Dr. Ruggiero was an incredible teacher, friend, and inspiration to me and countless others throughout the country and in other parts of the world. His legacy will live on for many years to come, through the lives and work of those with whom he generously shared his knowledge and passion (and a great sense of humor).
Stephanie Busby
February 3, 2013
I only new Mr. Ruggiero briefly, but it was clear he was a very unique and accomplished individual with many interests and a gentle sense of humor. I wished I had more time with him. Prayers.
Paul Baier
February 2, 2013
Mr. Ruggiero was a wonderful woodwind coach and great musician. He made our woodwind quintet rehearsals and coachings so much fun, as music should be. Rest in Peace.
Sylvia Alimena
February 2, 2013
Showing 1 - 33 of 33 results