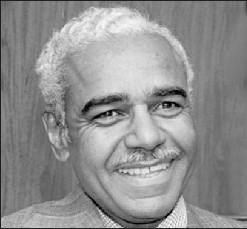 BORN
1919
DIED
2013
SPELLMAN, Mitchell Wright MD, PhD At the age of 93, died peacefully at home with his loving wife on November 11, 2013. He battled for several years with a rare neurodegenerative disease. He was a pioneer among African-Americans in Academic Medicine and a loving family man. He was born on December 1,1919 to Frank J. Spellman, MD and Altonette B. Spellman in Alexandria, LA. His parents, unhappy with segregated local schools, sent him at the age of 12 to the Gilbert Academy in New Orleans where he graduated valedictorian in 1936. He graduated MagnaCum Laude and valedictorian from Dillard University in New Orleans in 1940. In 1944, he graduated from Howard University College of Medicine (AOA), and was ranked 2nd in his class. Influenced by his mentor, Charles R. Drew, MD, he then began 11 years of post-medical school surgical training at Cleveland General Hospital, Freedman's Hospital and finished at the University of Minnesota where he served from 1951-1954 as Commonwealth Fund Fellow in Surgery and Resident in Thoracic Surgery. He received his PhD in Surgery from the University of Minnesota in 1955. From 1954-1968, in Washington, DC, he was a member of the surgical faculty at Howard University College of Medicine, ultimately becoming Professor of Surgery and Chief Medical Officer at DC General Hospital for the Howard University, Division of Surgery. From 1969-1978, in Los Angeles, CA, he served as Founding Dean, Executive Dean and Professor of Surgery at Charles R. Drew Postgraduate Medical School, Assistant Dean and Professor of Surgery at UCLA School of Medicine, and Clinical Professor of Surgery at USC School of Medicine. From 1978-2004, at Harvard Medical School, in Boston, MA, he served as Dean for Medical Services, Professor of Surgery, Director of International Medical Programs and Executive Vice President of the Harvard Medical Center. He was also Director of Academic Alliances and International Exchange Programs for Harvard Medical International. He was awarded Honorary Doctorates by Georgetown University, University of Florida, and Dillard University. He served as Visiting Professor at Stanford School of Medicine from 1975-1976. He was the recipient of numerous academic awards throughout his career. On June 27, 1947, he married Billie Rita Rhodes, RN. Their marriage of 50 years produced eight children of whom six survive: Frank A. Spellman, MD (Beverly), Mitchell A. Spellman, MBA (Susan), Maria (Peggy) Spellman Weaver, RN (Ronald Weaver, MD), Melva Spellman, Mark Spellman, JD and Rita Spellman-Parks. He is also survived by his wife, Olivia Spellman and grandchildren Sarah Parks, Anthony Spellman, Aspen Spellman, Dean Spellman, Frank Spellman, Mitchell Spellman, Morgan Spellman, Piper Spellman, Shannon Spellman, Christina Weaver and Ronald Weaver II. He was predeceased by his beloved wife Billie R. Spellman, sons Michael A. Spellman and Manly A. Spellman, grandchildren Chelsea Weaver and Manly Parks, and second wife Adrian Foster Spellman. Funeral services will be held on Saturday, November 23, 2013 at The Chapel of Our Lady, Georgetown Preparatory School, 10900 Rockville Pike, North Bethesda MD, 20852.Visitation will be at 10 a.m. to be followed by a Mass of Christian burial at 11 a.m. Interment will follow at Gate of Heaven Cemetery, Silver Spring, Maryland. In lieu of flowers, family suggests donations in memory of Mitchell Wright Spellman MD, PhD be made to the Harvard Medical School. Arrangements by McGuire Funeral Home.
Published by Boston Globe from Nov. 16 to Nov. 17, 2013.
To plant trees in memory, please visit the Sympathy Store.
MEMORIAL EVENTS
Nov
23
Visitation
10:00a.m.
The Chapel of Our Lady, Georgetown Preparatory School
10900 Rockville Pike, North Bethesda , MD
Nov
23
Mass of Christian Burial
11:00a.m.
MA
Nov
23
Interment
Gate of Heaven Cemetery
Silver Spring, MD
MAKE A DONATION
MEMORIES & CONDOLENCES
23 Entries
My condolences to the Spellman family. I just recently heard about Dr. Spellman's passing. After reading the obituary, i am struck by how humble he was. i had the pleasure of attending many family events and had no idea I was in the presence of such a great man.
Mickie Owens
November 30, 2013 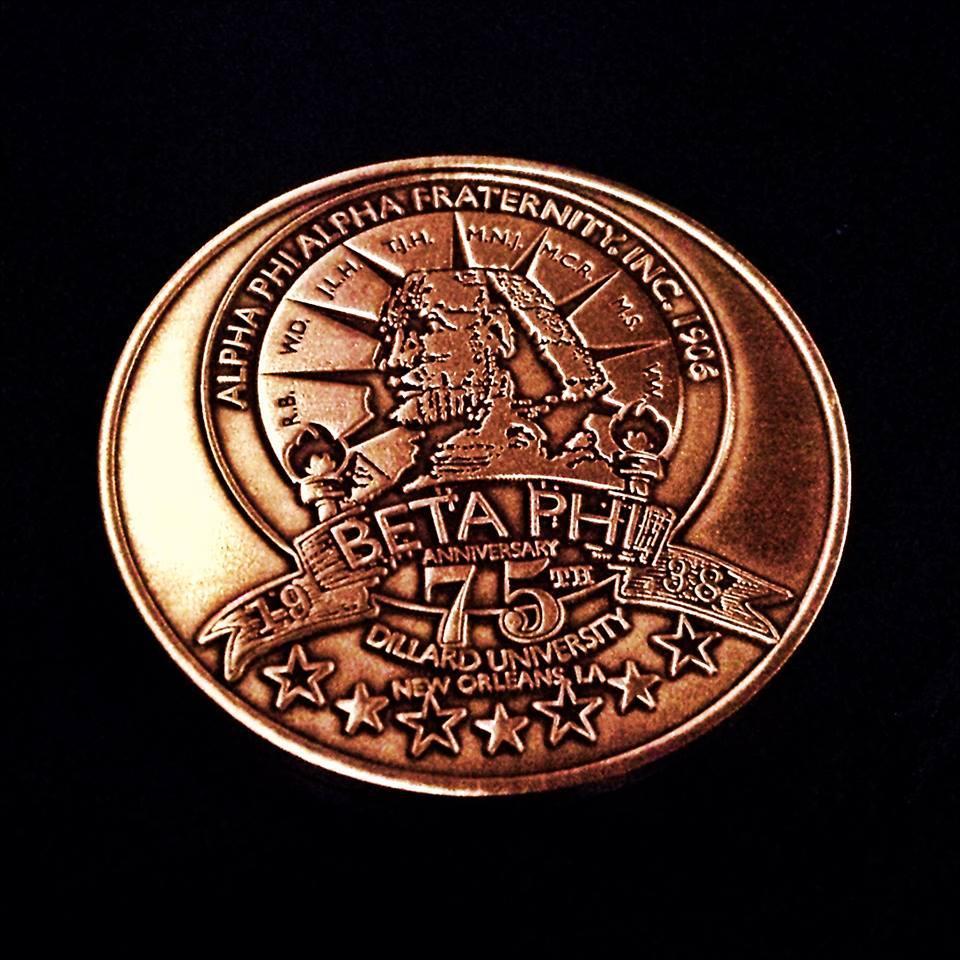 On November 11, 1938 Bro. Mitchell W. Spellman and seven other men chartered the Beta Phi Chapter of Alpha Phi Alpha Fraternity located on the campus of Dillard University. Since that day every brother of Beta Phi learned your name and held high the principles of scholarship, service and brotherhood. I want to say thank you Bro. Spellman for setting the bar high for us to follow in your example of excellence. It was an honor to have been in your presence in 2004 and to learn of your early fraternal experience. The Brothers of Beta Phi will continue to pray for your family and please know that your brothers of Beta Phi will always remember you. 06-38
Malik Bartholomew
November 25, 2013
My prayers are with the Spellman Family. I feel like a member of the family because I was delivered by Dr.Frank Spellman also my five sisters in Alexandria,Louisiana. Dr. Spellman named me after Mrs. Spellman. I spent time with them during the summers. The people of Alexandria were very close to this family. May God Bless all of you.
Altonette Balthazar LaCour
Los Angeles.Ca.
November 25, 2013
My heartfelt Condolences to the family of a great man who exemplified what it means to be an Alpha man.
Willie DeVold
November 23, 2013
Thank you for leading the way for Black men. You sparked a legacy that will continue to produce men who share in your light. As a fellow Beta Phi brother of Alpha Phi Alpha Fraternity Inc., I sincerely appreciate you. From my family to yours, we pray.
Nathaniel Welch
November 23, 2013
Our sincerest and heartfelt condolences. May his incredible legacy and the fond family memories shared be a source of great strength, peace, and joy. Blessings and love...
Debbie, Erin, Jimmy & Mrs. Jervay
November 23, 2013
What a beautiful photo of Dr. Spellman. It is exactly how I remember him at those wonderful gatherings at your family home on Colorado Ave. and in Newton, MA. He was shining light and inspiration for African American and human achievement during a very difficult period of U.S. history. Heartfelt condolences and blessings from our family to yours - Margaret Hanson-Muse on behalf of Muriel Hanson, Ann Marie Hanson, Mary Ann Hanson, Jessica Muse-Clutter(Chance),Dana Muse and Zoe Clutter
Margaret Hanson-Muse
November 22, 2013
As the days and weeks pass, and as you return to life's routine, may you continue to feel comforted by the love and support of family and friends.
Denise Robinson-Palmer
November 21, 2013
I remember Dr.Spellman well when we all lived in Crestwood DC, while he was at Howard University.I still have very fond memories of him and the large Spellman household. My deepest condolences to Frank and the rest of the family. You were lucky to have him for so long!
Lucy Murray
November 21, 2013
To The Spellman Family

I am very sorry for your lost. May God bless you and your family.
Roxane Traylor
November 20, 2013
To The Spellman Family:

I am very sorry for your lost. May God bless you and your family.
Roxane Traylor
November 20, 2013
A man of great works!
November 19, 2013
My condolences to the Spellman and Weaver family.
DB Sam
November 19, 2013
Such an amazing and rich history. He is an inspiration to us all. Blessings and comfort to the family.
Melissa Johnson
November 19, 2013
May God bless you and your family in this time of sorrow.
clarence gully
November 19, 2013
My condolences and prayers for the Spellman family.
Dr. Spellman's light still shines bright in the lives and contributions of the thousands he educated and inspired.
Patricia Bath
November 18, 2013
I will always remember Dr. Spellman as a kind and gentle person. I worked with him at Harvard Medical International in the early 2000's providing tech support and was often impressed at Dr. Spellman's successful attempts to master the ever changing Microsoft programs! God Bless him and his family.
--Diane Standring
November 18, 2013
Sorry to hear of your passing on the chartering date of your beloved Beta Phi Chapter, Alpha Phi Alpha Fraternity, Inc. We are praying for the family.
Bobby Pierce
November 18, 2013
My thoughts and prayers go out to the family of our dear departed brother.
Eugene Harrisom
November 18, 2013
May God bless the Spellman family in this time of sorrow. As charter member of Alpha Phi Alpha at Dillard University he left a legacy that touched me during my stay at Dillard University and the chapter, Beta Phi, that he helped to charter. His legacy as he moves to our Omega chapter still lives.
Rory Chandler
November 18, 2013
My prayers go out to the Spellman family. From a member of his Beta Phi family.
Gregory Terrell, CPA
November 18, 2013
My thoughts and prayers are with the Spellman family during this difficult time. Dr. Spellman was a Charter Member of the Beta Phi Chapter of Alpha Phi Alpha Fraternity, Inc. founded at Dillard University in 1938. I had the honor of meeting him in 2003 during a visit to New Orleans. We honored him at a reception while here in New Orleans shortly following our 65th Anniversary Celebration. Many brothers from Beta Phi were present and were able to fellowship with him. We are forever grateful for his vision, sacrifice and commitment to Alpha Phi Alpha and Beta Phi. May you rest eternally in Omega Chapter my Brother.
Darnell Prejean
November 17, 2013
My condolences to the Spellman family.
Jonie Furlong
November 17, 2013
Showing 1 - 23 of 23 results