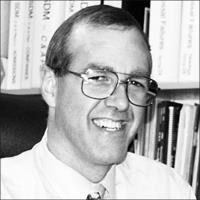 BORN
1957
DIED
2021
FUNERAL HOME
Nichols Funeral Home, Inc.
187 Middlesex Avenue
Wilmington, MA
LAGACÉ, Paul A. MIT Professor of Aeronautics & Astronautics Paul A. Lagacé of Wilmington passed away on Friday, July 16, in his home. He was a professor of aeronautics and astronautics at the Massachusetts Institute of Technology and the beloved husband of Robin, his wife of 38 years. Paul was born on July 27, 1957 in Lewiston, Maine. Growing up during the advent of the Space Age had a profound effect on Paul; his interest in aerospace coupled with his academic strengths in math and science led him to MIT. A first-generation college student, he received his degrees in Aerospace Engineering, graduating with his Bachelor's degree in 1978, his Master's degree in 1979, and his Doctoral degree (Ph.D.) in 1982. Upon graduation, he joined the faculty in the MIT Department of Aeronautics and Astronautics in 1982. Paul's research focused on designing and manufacturing composite structures and materials mainly used in the aerospace industry. He was widely recognized for his research expertise, particularly as it applied to the response and failure of composite structures, and the development of composite structures technology, and the safety of aircraft structural systems. In addition to his research, he was deeply passionate about the MIT community and was actively involved in education and service to the Institute throughout his career. Outside of MIT, Paul was an avid sports fan particularly devoted to the Boston Red Sox. After seeing his first game at Fenway Park with his grandfather in 1968, Paul wove the Red Sox into his life in countless ways, from lining up a business trip with their travel game schedule to taking his future wife to a game on their first date. Paul was the beloved husband of Robin P. Lagacé (Pare), cherished son of the late Lucien and Claire (Malo) Lagace, dear brother of Daniel Lagace, and his wife Elyse of Voluntown, CT. Brother-in-law of Michael Pare of Pawtucket, RI and Robert, and Wendy Pare of Bow, WA. Paul is also survived by many friends and colleagues. Family and friends will gather for Visiting Hours at the Nichols Funeral Home, 187 Middlesex Ave. (Rte. 62), WILMINGTON, MA, on Friday, July 23rd from 4:00-7:00 p.m. A Mass of Christian Burial will take place on Saturday, July 24th at 10:00 a.m. in St. Williams Church, 1351 Main St. (Rte. 38), Tewksbury, MA. In lieu of flowers, please consider a donation in Paul's memory to the Epilepsy Foundation of New England, 1 Dunham Road #200, Billerica, MA 01821, or to the Dana-Farber Jimmy Fund, P.O. Box 849168, Boston, MA 02284-9168. View Paul's full obituary on news.mit.edu

View the online memorial for Paul A. LAGACÉ

Published by Boston Globe from Jul. 21 to Jul. 23, 2021.
To plant trees in memory, please visit the Sympathy Store.
MEMORIAL EVENTS
Jul
23
Visitation
4:00p.m. - 7:00p.m.
Nichols Funeral Home, Inc.
187 Middlesex Avenue, Wilmington, MA
Jul
24
Mass of Christian Burial
10:00a.m.
St. Williams Church
1351 Main St. (Rte. 38),, Tewksbury, MA
Funeral services provided by:
Nichols Funeral Home, Inc.
MAKE A DONATION
MEMORIES & CONDOLENCES
3 Entries
I was shocked to hear of Paul's passing. I knew him for many years (since about 1984) as a colleague in aerospace. I loved his light-hearted manner and humor, and admired his technical expertise and insight. I offer my sincere condolences to his family.
John Adelmann
Work
October 8, 2021
Mrs lags when and family .... I am saddened and shock to just find about about Paul´s death. I´ve been cutting his hair at mit for many years until covid closed us down . My sincere condolences to al. Sharon Donovan
sharon donovan
August 2, 2021
Hello Mrs. Lagace and Family! I worked at MIT for many years and have wonderful memories of early morning conversations with Professor Lagace during the Doctoral Hooding Ceremony and Commencement Day Ceremony stage setups as well as the setups for the Faculty Robing Tent. Professor Lagace and I discussed all the event setups for Hooding and Commencement, MIT , lots of weather talk and of course we both waxed poetic endlessly about our beloved Boston Red Sox. Professor Lagace loved MIT and the Red Sox like no other person ! I will miss Professor Lagace's enthusiasm for everything he was a part of and of course, that big smile !!! I will be sitting in my Bleacher seat tonight, July 23rd in Section 36, Row 3, Seat 1 vs the hated Yankees thinking a good thought for Professor Paul Lagace! Touch Em All Paul!! Joe Coen
Joe Coen
July 23, 2021
Showing 1 - 3 of 3 results