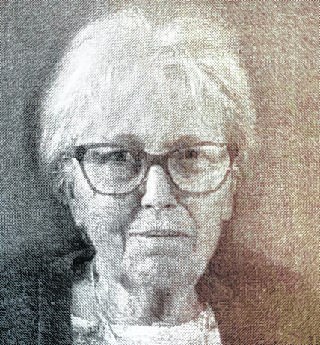 FUNERAL HOME
F.E. Brown Sons Funeral Home
6575 East Quaker Road
Orchard Park, NY
MATRO - Agnes M. (nee Daly)
85, of Auburn, NY, passed away December 26, 2021. Originally from Auburn, she and her husband lived in Hamburg and Orchard Park from 1984-2012 before returning to Auburn. Aggie returned to WNY again from 2018 until her passing. She graduated from Port Byron High School a year early and worked in the billing office of Red Star. She later worked and retired from the billing department at Auburn Memorial Hospital. Aggie would call or actively visit family and friends throughout the years. She was a member of many prayer groups at Saints Peter and Paul Church in Hamburg, NY. Aggie is remembered as a very loving and supportive mother to her four daughters. In addition to her parents, James and Agnes Daly, Aggie is predeceased by her husband of 59 years, Louis A. Matro; her loving step-mother Hazel Daly Hart; and her sisters, Mary Wright and Diane Ellis. She is survived by her children; Deb (Marty) Casler, Cheri (Ken) Machemer, Cindy (Joe) Schmid and Michelle Matro; eight grandchildren and five great-grandchildren and her siblings; Anne McClary, James Lawrence (Gloria) Daly, Nellie Jane (Robert) Mittiga and Ted (Chrissy) Daly. There will be no calling hours. A Mass of Christian Burial will be held at St. Alphonsus Church, January 4, 2022 at 11 AM. Any memorial contributions may be made in Aggie's honor to the Debra Foundation for her great-grandson at https://www.gofundme.com/f/easton-dominics-journey-the-long-haul