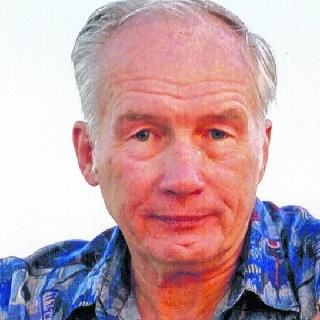 BORN
1935
DIED
2021
FUNERAL HOME
Warlick Funeral Home
125 Dave Warlick Drive
Lincolnton, NC 28092
GLEASNER - G. William
Age 85, of Abernethy Laurels in Newton, died on Tuesday, May 11, 2021. Mr. Gleasner was born June 3, 1935, in Buffalo, New York, to the late George William Gleasner and Florence Rabe Gleasner. In addition to his parents, he was also preceded in death by his wife, Diana Cottle Gleasner; and step-sister, Gail Gleasner Zeiler. He served in the National Guard and worked as a salesman for Ingersoll-Rand. He became a photographer at the age of 35 to accompany his wife's article's and together they had numerous publications as they traveled the world. Mr. Gleasner, and his wife, were married for 60 years and lived in Denver, North Carolina for 40 years. Before moving to North Carolina, he was president of the student body of Bennett High School in Buffalo, NY, and was captain of the football team where he played linebacker. He enjoyed offshore racing and was captain of his boat named "Goddess" in his younger years. Having enjoyed water and watersports, he water skied up until the age of 60. Mr. Gleasner was a longtime Rotarian and founding member of the Denver-Lake Norman Rotary Club. He enjoyed playing handball until the age of 82. He is survived by a son, Stephen Gleasner of Appleton, ME; daughter, Suzanne Gleasner of Waxhaw, NC; four grandchildren, Hunter Stanton Killman, Heath Walker Killman, William Clark Gleasner, and Margaret Elizabeth Gleasner; and four great-grandchildren. A private Memorial Service will be held in Maine at a later date. In lieu of flowers, memorial donations may be made to the Alzheimer's Association, alz.org. WARLICK FUNERAL HOME is serving the Gleasner family.

To plant trees in memory, please visit our Sympathy Store.
Published by Buffalo News on May 13, 2021.
MEMORIAL EVENTS
No memorial events are currently scheduled.
To offer your sympathy during this difficult time, you can now have memorial trees planted in a National Forest in memory of your loved one.
Funeral services provided by:
Warlick Funeral Home
MAKE A DONATION
Please consider a donation as requested by the family.
MEMORIES & CONDOLENCES
1 Entry
I am very sorry to hear of your Dad's death. I remember your parents as a young romantic couple before they got married. I am a few years younger than Gail (although I turn 80 this summer) and I was in awe of meeting the big football star from Bennet High School which was just down the street from where I grew up. This was at the time when Margaret and George got married. I remember first your Mom's writing and then your Dad picking up photography and together creating smashingly wonderful books on their adventuresome travels. For years I exchanged a Christmas letter with your Mom but when my husband started fighting cancer about 7 years ago all that went by the boards and we fell out of touch. I lost my husband a year ago. Michael Zeiler and Elizabeth Stern are getting married this Fall and recently, while visiting with them, we spent an afternoon exchanging some very fond reminiscences, getting to know each other's family, in which your parents and you were in the forefront. I realize that he and Michele are probably out of touch the way my generation has been these past few years. I will get this obituary to Michael, we are both in New York, and I will ask him to get it to his sister by computer, she's in the midwest. If in the future you're feeling blue and just want to chat a minute about your Dad as a young person my cell phone is 917 669 9130. I don't do the computer too much, this is my late husband's email which I just use for the little bit I do and I will be away from connections for much of the summer. I'm going to call the other O'Grady cousins in buffalo and make sure they know about this. Their Dad was the older brother of Gail's mother and my Dad was the younger of the two. The occasions I remember best when we all were together growing up are the wonderful Thanksgiving dinners at George and Margaret's home on the creek. We'd have a super meal, always featuring cornbread which my Mom din't make and I loved, and then the kids would go downstairs to the basement and be treated to a super train show from George's VAST display of model railroads. To this day I cannot see a model train display without mentioning your grandfather's magnificent model empire. God bless you both, your spouses, and all the lovely grandchildren mentioned in the obit . I wish you peace and comfort at this most difficult time and will keep your family in my intentions as I pray for Bill.
Jeanne O'Grady Ryan (Gail's cousin)
May 14, 2021