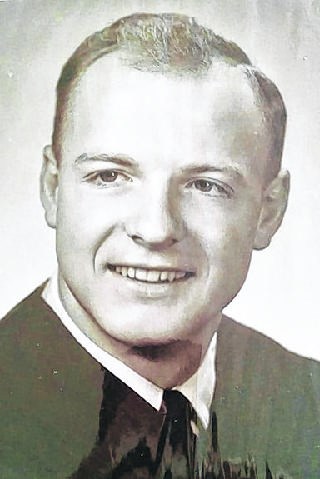 FUNERAL HOME
Castiglia Funeral Home, Inc.
873 Abbott Road
Buffalo, NY
O'NEIL - Dr. John D.
Of Clarence Center, NY, at age 94, who was a husband, father, grandfather, and great-grandfather, passed away July 1, 2021, after a brief illness. Born in Buffalo, NY, Dr. O'Neil graduated from South Park High School in 1944. At the age of 17, he enlisted in the Coast Guard and served in the South Pacific from 1944-1946. He received the American Area Campaign Ribbon for Service, the Asiatic-Pacific Campaign Ribbon U.S.S. LST 1148, and the World War II Victory Medal for Service in the U.S. Coast Guard. When he returned home, John went to Buffalo State College, where he met his wife, the late Donna L. O'Neil. They both graduated in 1950 with Bachelor's degrees in Elementary Education. John went on to receive a Master's degree from Buffalo State College. In 1981, he earned a Doctor of Education from the University of Buffalo. John began his career as a fifth grade teacher at Harris Hill Elementary School in 1950. He went on to become the first principal of Sheridan Hill Elementary School and the Assistant Superintendent of Clarence Central Schools. He retired in 1991. John loved to play golf with friends. It was his escape away, and he enjoyed the community golf creates. He could be found most Saturdays playing a round of golf with his good friend, Jack Hesslink. John was preceded in death by his parents, John and Mary H. O'Neil; his brother, Richard O'Neil; wife, Donna L. O'Neil (nee Kron). He is survived by his three children, Dr. John D. O'Neil Jr. (Suzanne), Mary Aumiller (Richard), and Lorey Adams (Joseph); cherished grandfather of ten grandchildren and four great-grandchildren; also survived by many nieces and nephews. No prior visitation. Family and friends are invited to attend a Mass of Christian Burial at Good Shepherd Church, 5442 Tonawanda Creek Rd., North Tonawanda, NY, on Tuesday, July 20, 2021, at 10 AM. He will never be forgotten. His quick wit and gentle smile will be missed by all who knew him. Memorials may be made to: Bears Who Care, 14102 Aldford Dr., Winter Garden, FL 34787, or at bearswhocare.org/donate. Arrangements by: CASTIGLIA FUNERAL HOME, INC., 824-6435. Share condolences at: www.castigliafuneralhome.com

Published by Buffalo News on Jul. 11, 2021.
To plant trees in memory, please visit the Sympathy Store.
MEMORIAL EVENTS
Jul
20
Mass of Christian Burial
10:00a.m.
Good Shepherd Church
5442 Tonawanda Creek Rd, North Tonawanda, NY
Funeral services provided by:
Castiglia Funeral Home, Inc.
MAKE A DONATION
MEMORIES & CONDOLENCES
1 Entry
John, Mary and Lorey, I'm sorry to hear that your dad passed away. He was like a second dad to me. He always had time to chat with me even as a little kid. I have fond childhood memories of our vacations at Long Point Park, family picnics at Akron Park, family parties at your home on Fairlane Drive and seeing him walk your dog Snoopy. I will keep you in my thoughts and prayers. -Anne (Hesslink) Woodhouse
Anne (Hesslink) Woodhouse
July 12, 2021
Showing 1 - 1 of 1 results