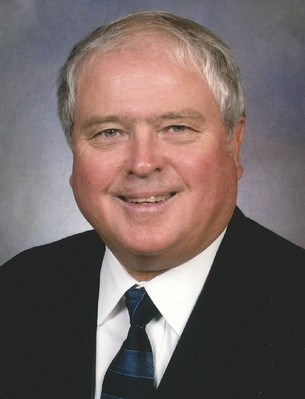 Corpus Christi - Dr. Robert Wilson Madry, Jr. of Corpus Christi, Texas passed away on April 1, 2020, surrounded by his loving family. Known as "Bobby" in his youth and "Bob" as an adult, he was born in Durham, North Carolina on June 27, 1941 and grew up in Chapel Hill. In high school, Bob was a three-sport athlete and Vice-President of his Senior Class.

A Tar Heel born and bred, Bob received a Bachelor of Liberal Arts degree from The University of North Carolina at Chapel Hill in 1963 and a Doctor of Medicine in 1967. While in college he was a member of Phi Eta Sigma, a freshman academic honor fraternity and served as the Director of Freshmen Orientation his senior year. He was also Rush Chairman and President of the Sigma Nu Fraternity.

After attending Medical School at UNC, Bob completed an internship at Grady Hospital in Atlanta, Georgia followed by a medical residency in Gainesville, Florida. Afterwards, he served as a physician and Captain in the United States Air Force for two years during the Vietnam War, before returning to Chapel Hill where he completed a Fellowship in Cardiology.

After briefly working as a solo practitioner, he co-founded Cardiology Associates of Corpus Christi in the mid 1970's. Professional affiliations included the American College of Cardiology, the Nueces County Medical Society and the Texas Medical Association. Bob and wife, Sue, were medical honorees at the 2016 American Heart Association Heart Ball in Corpus Christi. In the community he and Sue have been long time members of The Episcopal Church of the Good Shepherd where at various times he has served as an usher, lay reader and Vestry member. He is a former President of the Corpus Christi Heart Association, a past Commodore of the Corpus Christi Yacht Club, and a longtime member of the Downtown Rotary Club. As a true Tar Heel, he served a three-year term as a Director on the General Alumni Association of The University of North Carolina.

Bob was an avid tennis player most of his life, playing tennis several times a week followed by a Budweiser or two with friends. He was also an exceptional sailor and he and Sue enjoyed cruising the Bahama Islands for 25 consecutive years. Each summer they sailed their family sailboat, the Susan E II, from Florida to the Bahamas and spent several weeks in the Exumas where he made many friends and was much loved. Bob so enjoyed being with his children and grandchildren at home, on the water, in the mountains of Colorado, and at all school and sports activities.

He was preceded in death by his parents, Maggie Lee Farmer Madry and Robert Wilson Madry, who was the Director of the University News Bureau for UNC at Chapel Hill. He is survived by his wife, Sue and by daughters, Lisa Madry of Houston and Lauren Madry (fiancé Michael Curran) of Crested Butte, Colorado and sons Rob (Dana) of Corpus Christi and Eric (Alison) of Houston and grandchildren Ashlyn and Wil of Corpus Christi and Charlotte, Sadie and Riley of Houston, and his devoted dog, Rudder, all of whom miss him dearly.

Published by Corpus-Christi Caller-Times from Apr. 6 to Apr. 12, 2020.
To plant trees in memory, please visit the Sympathy Store.
MEMORIAL EVENTS
To offer your sympathy during this difficult time, you can now have memorial trees planted in a National Forest in memory of your loved one.
MAKE A DONATION
Please consider a donation as requested by the family.
MEMORIES & CONDOLENCES
9 Entries
20 years plus ago, I was a new nurse, and new to the ICU. Dr. Madry gave encouraging words, with a smile. Many thanks Sir. Blessings to family, and may God embrace you with much peace.
Ruby Davis
May 7, 2020
Sending love, hugs & condolences from the Hickman's & Guinn's.
Jane Guinn
April 20, 2020
Sue & Family, My deepest condolences.
Olga Casula
April 18, 2020
So sad to hear about Dr. Mary. I had the pleasure of working with him on many mutual patients. His compassion and knowledge and absolute joy of life will be missed.
My deepest condolences
Fariba Zarinetchi, M.D.
April 11, 2020
So very sorry that we have lost one of the greatest. All of my prayers to the family. You were and always will be loved at drmc cath lab.
April 9, 2020
Was sad to hear the news. I got to work with Dr Madry in the cath lab. Loved starting off a case telling you a joke. Rest In Peace . Prayers for Sue and the family. He would say he respected nurses work cause of Sue. Sweet, jolly, great doc. Norma
Norma Kozlowski
April 8, 2020
Dr John Paul Schulze and wife, Sylvia send their condolences. We are sadden to hear this news.
Cynthia Schulze
April 7, 2020
I had the pleasure of working with Dr. Madry for 23+years. He was a family friend, great teacher, and was a honor to have worked with him at Memorial Medical Center. Dr. Madry was always very kind and nice to work with. It's a great loss to the cardiology world and he will be deeply missed. My deepest and sincere condolences to Sue and the rest of his Family. My thoughts and prayers are with you all. May you sail with the angels....RIP
Betsy Tobias
April 7, 2020
This breaks my heart - Bob was a great a guy and we were blessed to have known him and Sue. Bob you and Ann have a happy our drink for us up in heaven. You will be missed. Sue prayers to you and your family
Sandra Nash
April 7, 2020
Showing 1 - 9 of 9 results