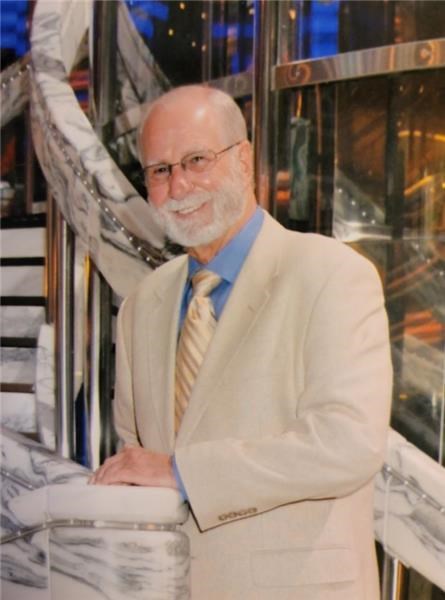 BORN
1934
DIED
2021
Curtis L. Pitts SUMMERVILLE - Curtis (Curt) L. Pitts, age 86, returned to his Heavenly Father on Sunday, September 19, 2021, from Lowcountry Community Hospice House, in Goose Creek, SC. Up until his passing, Curt and his wife, Rita Conley-Pitts, had been a resident of the Del Webb Cane Bay community in Summerville, SC. He was born in Jonesboro, AK, on October 8, 1934, the only son of Wheeler and Ellen Lewis Pitts. Curt served the United States Army in Korea and two tours in Vietnam, achieving the level of CW4. He had been awarded several prominent awards during his career including the Bronze Star medal for meritorious achievement in ground operations against hostile forces between 1970 -1971. In addition, Curt served as a charter member of the DIS 66 MI Group as a Special Agent for a number of years serving in Berlin, Augsburg, and Munich, Germany, and finally, Atlanta, GA, retiring from active service in 1983. Following his retirement in 1983 from military service, Curt successfully trained as a Clinical Counselor for Baker Hospital in Charleston. After several years with Baker Hospital, Curt became a Substance-Abuse Counselor at the Alcohol and Rehabilitation Department of Naval Hospital Charleston and later, for the Department of Mental Health. He retired from this career in January, 2004. During his retirement years, Curt enjoyed eight years of volunteer service with the Charleston Port & Seafarers' Society, serving in the Wando Terminal, Mt. Pleasant, SC. He was also a long-time member of All Saints Lutheran Church in Mount Pleasant, SC, where he met his wife, Rita Conley-Pitts. They were married in All Saints on April 20, 2007. Surviving Curt are his wife, Rita, and his daughters, Theresa B. Pitts Amico (Plymouth, CT), Helena Moon Jones (husband, Shawn, Sturgis, ND) and Jan Flynn (Perris, CA) in addition to his grandson, Samuel Flynn. He is also survived by his sister, Patricia McCandless (Goose Creek, SC); nephews, Joseph McCandless (wife, Kathy, El Paso, TX), Gary McCandless (Goose Creek), John McCandless (wife, Beth, Charleston, SC), and niece, Lynda Kinard (husband, Paul, Charleston, SC), grandnephews, Shawn McCandless and Jonathan McCandless, and grandnieces, Georganne Fortune, Paige McCandless, and Lyndsay Underwood. He is preceded in death by Joseph S. McCandless (husband to Patricia) and nephew, Scott McCandless. St. Timothy's Church will hold a Celebration of Life service on Saturday, September 25, 2021, at 5:00 PM at the Church of Cane Bay, 438 Marketplace Drive, Summerville, SC, (behind Publix). Masks are required. In lieu of flowers, please send memorial donations to: St. Timothy's Church PO Box 3289 Summerville, SC 29484 You may also contribute through St. Timothy's website at: https://st-timothys.churchcenter.com/giving/to/curt-pitts-memorial Visit our guestbook at legacy.com/obituaries/charleston
Published by Charleston Post & Courier from Sep. 22 to Sep. 23, 2021.
To plant trees in memory, please visit the Sympathy Store.
MEMORIAL EVENTS
Sep
25
Celebration of Life
5:00p.m.
Church of Cane Bay
438 Marketplace Drive, Summerville, SC
MAKE A DONATION
MEMORIES & CONDOLENCES
4 Entries
We will dearly miss our loving friend and neighbor. Curt was one of the most genuine and kind fellows we have known, and he truly meant so much to our family. He was one of a kind and a true servant of Christ. Sending love to Rita and family and praying for you all.
David, Laura, Andrew, and Maddie Hopper
September 24, 2021
Theresa, all my love to you and Rita. I know of your love for your Dad from all the wonderful stories you have told me and I know of his kindness through you. I am comforted that he is now in God´s benevolent care.
David Dwyer
September 23, 2021
Theresa, We send an abundance of love to you and Rita. We will be with you on Saturday in mind and heart.
Ann Elise and Earl
Friend
September 23, 2021
Rita, we send our sympathies and love to you and yours at this time of not-forever separation. The love that you two exemplified was palpable and we were very grateful for your welcoming spirits. I thank God for Curt, for having known him, for the love he showed so well. He has heard plainly, face to Face, "Well done, beautiful child of Mine."
Milton and Audrey Finch
Friend
September 23, 2021
Showing 1 - 4 of 4 results