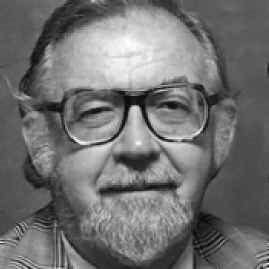 Dr. Harvey D. Strassman, a psychiatrist, medical educator and clinical researcher, died in Austin, Texas, on Jan. 30, 2011. He was 88 years old and had been in poor health. Dr. Strassman, a veteran of World War II and the Korean War, is best known for his documentation of a syndrome that led to the recognition of post traumatic stress disorder, a result of insights gained from interviews with prisoners of war held in North Korea. He described the syndrome in a paper published with two colleagues in the 1956 American Journal of Psychiatry. Dr. Strassman did interviews over several months aboard a hospital ship. He concluded the prisoners had not been "brainwashed," as some people had alleged. Rather, they withdrew as a defensive adjustment to the stress of being a prisoner of war. The withdrawal and suppressed emotional responses, he noted, could become so severe and complete that it could lead to a "maladaptive state of dependency in which he (the prisoner) ceases to take care of himself even to the point of death." He labeled the syndrome "apathy" and distinguished it from a catatonic stupor, or depression. He was a staff physician at the Los Angeles VA Medical Center and instructor in psychiatry at the University of California at Los Angeles medical school when he published the paper. Harvey Daniel Strassman was born in Chicago, on Sept., 19, 1922, to Rose Goldman and Moe Strassman, who came to the United States as the children of Russian Jewish immigrants. As a boy, he was an avid reader and "always had a book in his hand," said his sister, Anita Kurland. During the Great Depression he sold shoes to help the family. He was a member of the 1939 Crane Technical High School class and the 1943 University of Illinois class. He was admitted to medical school through an Army placement exam and graduated from the University of Illinois in 1948. He did an internship at Los Angeles County Hospital during the polio epidemic and a residency in psychiatry at the VA hospital, near UCLA where he first taught. He lived in Los Angeles, became a psychoanalyst and practiced in Beverly Hills. He did research on alcohol and substance abuse and also on humor and medical education. Medical education became his passion. He moved to Chicago in 1969 and began teaching psychiatry full time. He was a professor of psychiatry at Chicago Medical School from 1972 until 1978, served as Acting Dean in 1974 and then as Assistant Dean for Curriculum for three years. "Harvey was a mentor and a great giver of advice," said Dr. Fred Sierles, a professor of psychiatry at the school. In 1983, Dr. Strassman became a professor of psychiatry at the Robert Wood Johnson Medical School and Chief of Psychiatry at Cooper University Hospital, in Camden, N.J., where he worked until he retired in 1993. He and his wife, Judith Koock Strassman, moved to Sacramento, Calif., in 1994, where he resumed private practice. He was a Distinguished Life Fellow of the American Psychiatric Association. In 2004, following a stroke, he moved to Austin, Texas. Dr. Strassman was a consummate conversationalist known for his wit, storytelling ability and love of people. At times, when he lectured on humor, he would have someone throw a pie in his face during the talk to elicit a wide range of reactions: from laughter, to embarrassment, to anger, he said. "He took great delight in that," said his son, Neil. "He enjoyed forcing the realization upon the audience that what some people might find funny, others might find disagreeable." In addition to his sister, Anita; his wife, Judith; and his son, Neil; Harvey Strassman is survived by a daughter, Debra Cowan; a son, David Strassman; a daughter, Judith York; and grandchildren Clayton and Renee York, Carson Strassman and Joseph Strassman. His first wife, Paula Kassam, also survives him. He was predeceased by his second wife, Marjorie Strassman, and a son, Michael Strassman. Family and friends will gather in Yosemite Valley this summer for a memorial service. If you want to honor Harvey Strassman, please make a donation to your local chapter of the National Alliance on Mental Illness or to the National Park Foundation.
Published by Chicago Tribune on Feb. 6, 2011.
To plant trees in memory, please visit the Sympathy Store.
MEMORIAL EVENTS
To offer your sympathy during this difficult time, you can now have memorial trees planted in a National Forest in memory of your loved one.
MAKE A DONATION
MEMORIES & CONDOLENCES
6 Entries
Doc as I called him, saved my life... for real. I was one of his patients, he had a strange sense of humor and a wonderful heart. We would have great discussions and conversations during those sessions. I looked forward to my time with him, of all of my over 50 years he was the only one who knew me, he helped me know me. I have always admired Doc. He would be happy to know after 33 years the women I was in love with, we found each other and reunited, my life is normal and good (to Doc and my standards - LOL). My condolences to his family and all who admired and loved the "Doc"
Thank you and miss our conversations Doc.
K Otto
December 29, 2011
I was very saddened when I learned of Harvey's death. My deepest condolences and my thoughts are with you. He was a wonderful and most impressive man.
Hope Frommer
February 10, 2011
We are so sorry for your loss. Our deep condolences to the family. Our thoughts are with you.

Cousins Pearl (Belly) Hirshfield (Evanston, IL.)
Bernie Bell, (Skokie, IL)
Lawrence Bell (Santa Monica, CA)
February 8, 2011
What a rare and amazing man, just got to love yo Harv! Our hearts and love are with you all. Joan & Family (Weinbrenner)
Joan Goldstein
February 8, 2011
Harvey is well rememberd as a teacher, friend, and colleague. I was the first Doctor that he taught that came from 20 years of general medicine into psychiatry. he and I both cherished the experience which was new for both of us. We had some great times together.
February 6, 2011
Our thoughts and prayers are with you in your time of grief. May your memories bring you comfort.
Kathleen (Strassman)Bockelman
February 5, 2011
Showing 1 - 6 of 6 results