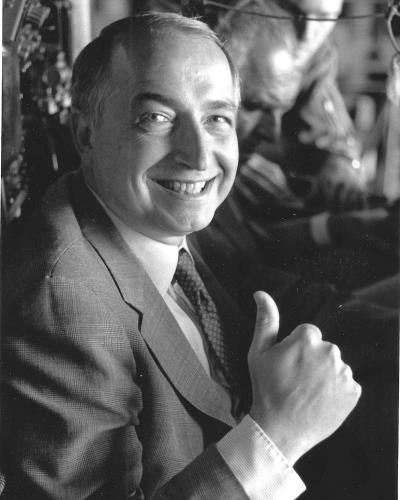 Retired U.S. Ambassador John F. Kordek, of Arlington Heights, was born on June 9, 1938, in Chicago, Illinois, to John and Harriet (nee Rogalski) Kordek. He died Tuesday, February 16, 2021, at home with his loving wife by his side.

When he completed his active military service, he graduated from DePaul University with a PhB in 1964. Kordek is also a graduate of the School of Advanced International Studies (SAIS) of Johns Hopkins University. The Ambassador also studied at Harvard's John F. Kennedy School of Government and graduated from three languages (Serbo-Croat, Polish, and Spanish) and area studies programs from the State Department's U.S. Foreign Service Institute.

Recruited while a college senior at DePaul for the U.S. Foreign Service. He worked for 26 years with the USIA, ICA, and the U.S. State Department, attaining the rank of Career Minister and then U.S. Ambassador.

Kordek served in Serbia, Croatia, Italy, Belgium, Poland, Venezuela, Botswana, and Washington D.C. He also worked in numerous other countries as part of official U.S. foreign policy and public diplomacy delegations. One of his first jobs in the Foreign Service in 1965 was to escort Louis Armstrong, who was visiting the former Yugoslavia as part of the U.S. State Department Cultural program overseas.

Ambassador Kordek held many senior positions in the U.S. Foreign Service, including Acting Deputy Ambassador (DCM) at the U.S. Embassy in Warsaw during the rise to power of the Solidarity movement and the visits of Pope John Paul II to Poland.

During President Reagan's presidency, Kordek was the USIA Director of European Affairs and then the Counselor of the Agency, the highest career official in USIA.

He participated in the Geneva and Reykjavik summit meetings between President Reagan and Soviet leader Gorbachev and numerous international negotiations, including those with the Soviet Union, Poland, Germany, and other countries.

President Reagan nominated Kordek as a U.S. Ambassador in 1988, and the U.S. Senate unanimously confirmed him. During the Reagan Administration, he briefed senior officials, including Vice President Bush, and participated in several key National Security Council meetings at the White House chaired by the president.

During his foreign service career, Kordek was nominated for diplomatic positions by every American president, from Lyndon B. Johnson to Bill Clinton.

Following his retirement from the U.S. Foreign Service, Kordek joined DePaul University, where he worked for 15 years as Associate Vice President and taught courses on WWII and the Holocaust. He also lectured at many universities and organizations.

Clinton also selected Ambassador Kordek to be a member of the U.S. presidential delegations to commemorate the 50th anniversaries of the 1943 Warsaw Ghetto Uprising and the 1945 liberation of the Auschwitz-Birkenau NAZI death camps. He traveled with, among others, on these delegations with Nobel Peace Prize laureate Elie Wiesel.

Kordek is the recipient of many honors, including a presidential award from President Reagan for "..., sustained superior conduct of U.S. foreign policy"; Distinguished and Superior Honor Awards from the State Department, ICA, and USIA.

The Ambassador is also the recipient of the "Via Sapientiae Award," DePaul University's highest faculty-staff honor. It was awarded to Kordek for his work to educate generations of students and faculty "....about the horrors of bigotry and the promotion of the value of dignity and respect for all people."

Ambassador Kordek served on several boards of directors when he returned home to Illinois, including the Illinois Humanities Council and the Chicago International Visitors Center. He chaired the Chicago-Warsaw Sister Cities program and was co-chair of the National Polish American - Jewish American National Council.

Kordek is a world traveler. His foreign service assignments took him to the four corners of the world. In retirement, he and his wife continued their travels visiting all the earth's continents. He loved opera, classical music, and jazz. And was a voracious reader of world history.

A Memorial Service for John will be held at a later date.

In lieu of flowers, a memorial may be given to St. Jude Children's Research Hospital.

Funeral Information and condolences can be given at www.GlueckertFuneralHome.com or (847) 253-0168.

To plant trees in memory, please visit our Sympathy Store.
Published by Chicago Tribune on Feb. 28, 2021.
MEMORIAL EVENTS
No memorial events are currently scheduled.
To offer your sympathy during this difficult time, you can now have memorial trees planted in a National Forest in memory of your loved one.
Funeral services provided by:
Glueckert Funeral Home Ltd.
MAKE A DONATION
Please consider a donation as requested by the family.
GUEST BOOK
1 Entry
I was in a bible study group at St James with John in the 90 s and early 2000s. He always had such wonderful insides with a world perspective. He was very kind and encouraged me to follow him as a member of the St James parish council. He is a person I will never forget. May he Rest In Peace.
Mary Lou Gleason
February 23, 2021