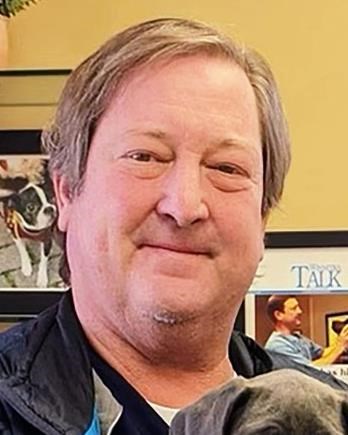 Dr. Kurt M. Miller, DVM, age 56, of Wilmette, IL. Beloved husband of Julie Miller nee Bradbury. Loving father of Nolen (fiancé Sarah Severson) and Grace Miller. Devoted son of Howard and the late Marlo Miller nee Lange. Dear brother of Eric (Dana) Miller and Andrew (Cindy) Miller. Treasured son-in-law of Mary (the late John) Bradbury. Fond brother-in-law of Lisa (James) Schreiber and Cindy Miranda. Caring uncle of many nieces and nephews. Kurt spent the majority of his childhood in Kirkwood, MO after spending his early years in California, a place that was very special for him. It was the central coast of California that ignited many of his favorite passions; the chief one being fishing. Kurt could fish anywhere and he had a special appreciation for the Pacific Ocean. But there was not a lake, stream, river or pond that did not draw him in with some kind of a rod and reel or fly. Food and wine were two other passions. To say he loved to cook is a complete understatement. He mastered many cuisines and loved the creative aspect of cooking. No matter a simple dinner or extravagant meal for guests, Kurt never disappointed. And he always paired a great wine with a meal. Kurt was also an avid Blackhawks hockey fan and proud supporter of Paws Chicago. Kurt practiced on the North Shore for 26 years, opening the first Veterinary hospital in Winnetka in 2007. He attended Colorado College and graduated with a B.S. in Biology with an emphasis in primate studies. He was a proud member of Sigma Chi Fraternity while at CC and that affiliation blessed him with many lifetime brothers whom he truly loved. Upon graduation, Kurt was awarded a fellowship at the Liberian Institute of Biological Research, in Liberia West Africa where he assisted in the research of human river blindness and a chimpanzee care and release program. After Liberia, Kurt continued his research in River Blindness at the New York Blood Center, planning on attending med school. Ultimately he decided to follow his true passion; caring for animals. He then attended the University of Missouri School of Veterinary Medicine where he graduated Summa Cum laude, with the top student honor in small animal surgery, small animal radiology and small animal medicine. Dr. Miller is also a member of the phi zeta veterinary honor society. Kurt was fiercely devoted to his family. Always kind, loving and supportive, Kurt was an involved and dedicated father, husband and son. He loved sharing his passions with his children Nolen and Grace, along with Julie his beloved wife of 29 years. Kurt was generous to the core and a never failing anchor for those he loved. A Funeral Service will be held privately at Church of the Holy Comforter, 222 Kenilworth Avenue, Kenilworth, IL 60043. A public celebration of life will be held early this summer. Details forthcoming. Interment private. In lieu of flowers, memorials may be made to: Chicago Blackhawks Foundation, 1901 W. Madison St., Chicago, IL? 60612 or PAWS Chicago, 1997 North Clybourn Ave., Chicago, IL 60614. Info: donnellanfuneral.com or (847) 675-1990.