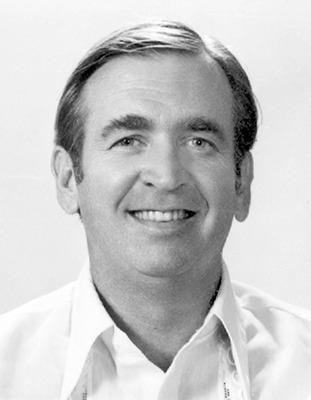 BORN
1939
DIED
2015
FUNERAL HOME
Brusie Funeral Home - Chico
626 Broadway
Chico, CA
JOHN LUCCHESI A funeral mass for John Alfred Lucchesi, 76, of Chico, will be held at 10:00am on Monday, November 30th, at St. John Baptist Catholic Church, Chico. He passed away peacefully on Sunday, November 22, 2015 at home sur-rounded by his family. John was born on October 26, 1939 in Chico to June and Fred Lucchesi. He attended Notre Dame School, Chico Junior High School and graduated from Chico Senior High School in the class of 1957, where John was an outstanding athlete in football, basketball and baseball. John earned a BA in business from Chico State and a MBA from Harvard Executive Business Program in Vey Vey, Switzerland. John started his banking career with Bank of America training in the note department in Oroville, CA. He was promoted to branch manager in Tule Lake, CA. From there John was transferred to National Division, San Francisco, servicing corporate clients in the transpor-tation, entertainment and brokerage indus-tries. In 1974, he advanced to group Vice President at the New York Corporate service office. Beginning his interna-tional banking responsi-bilities, at 37, John was promoted to Regional Vice President in Hong Kong. He was then promoted to Senior Vice President for South East Asia and area general manager for six countries in South East Asia residing in Manila, Philippines. After 25 years, John retired from the Bank of America. Soon after, John and Jan returned to Chico to raise their four children. He was approached to be President & CEO of North State National Bank, which eventually lead to a successful merger with Tri Counties Bank. After a brief hiatus, John and in-vestors opened Northern California National Bank where he was President, CEO, and Chairman of the Board. As an enthusiastic supporter, John followed all their children through their athletic and academic endeavors. John's interests were his family and their activities, professional sports, Oregon Football and managing a successful career. He was a member of the Bohemian Club as well as an avid lover of animals. John is survived by his wife of 40 years, Janice, his daughter, Kristin, North Hollywood, CA; his son, Jonathan and wife Tessa (Danville, CA) ; his daughter, Jacquelyn (Walnut Creek, CA); his son, Keegan (Martinez, CA); his aunt, Bettie Franklin (Oroville, CA); his brother Jim Lucchesi and wife Arlene (Indian Wells, CA); his niece, Kyra Dunn and husband Rex (Santa Monica, CA); his sister, Joanne Martin (Chico, CA); and his dog, Sierra. In lieu of flowers, donations may be made to Nord Country School, Butte Humane Society, or to a charity of your choice in care of Brusie Funeral Home.
Published by Chico Enterprise-Record on Nov. 25, 2015.
To plant trees in memory, please visit the Sympathy Store.
MEMORIAL EVENTS
To offer your sympathy during this difficult time, you can now have memorial trees planted in a National Forest in memory of your loved one.
Funeral services provided by:
Brusie Funeral Home - Chico
MAKE A DONATION
Please consider a donation as requested by the family.
MEMORIES & CONDOLENCES
Sponsored by ChicoER.com.
9 Entries
john and I were friends in HK and enjoyed each others company. My family visited jan and john in manila . Jan please accept my deepest condolenced ,he was one of the good guys love bob sanders.
robert sanders
December 3, 2017
I've known John since he joined Bank of America many years ago. My husband, Tom Clausen, former CEO of the Bank, always thought highly of John, His work in the Philippines was outstanding. John and I kept in touch via telephone and, in fact, I had a call from him just the day before he died.
.
When Tom died two years ago, I moved back to the East Coast to be near family but will never forget the lifetime friends I made at the Bank.

My deepest sympathy and prayers go out to you
Love, Helen Clausen
Helen Clausen
December 8, 2015
Many times during my career I thought of John as I remembered him at Notre Dame, Chico Hi and Chico State...He helped me with my accounting and was a great friend. My prayers and thoughts are with the family...
Raul Vonnegut
November 30, 2015
John was the star of Chico H.S. sports. The excitement he generated in basketball was so neat, I still think back at how humble he was but took no mercy when it came to sports.
God Bless
Joe Cursey
November 30, 2015
We're so sorry.
Les & Jessica Cummings
November 27, 2015
So sorry to hear the news. He was my Boss at North State National Bank. I was always there early and watched Keegan before he went to school. My Condolences go out to the Family.
Jennifer Horst
November 25, 2015
Saddened by your loss. May the many memories you have help you during this time. Anne Roseman
November 25, 2015
To Jan and Family,
I am so very sorry for your loss! John meant a lot to me! He was a hard worker! I worked for him for over 9 years at NSNB. I hope you can all find peace and feel comfort at this difficult time! Prayers are with you!

It makes me so sad to hear of John's passing. He was such a wonderful man, so full of humor. It is fitting that Sierra is mentioned in his obituary. It makes me smile to think of his great love for all his family, including his precious dog, Of course, it was that love of Sierra that allowed me to get to know John and Jan and for that I am blessed. I wish you all peace during this time of sadness. My thoughts and prayers are with you all.