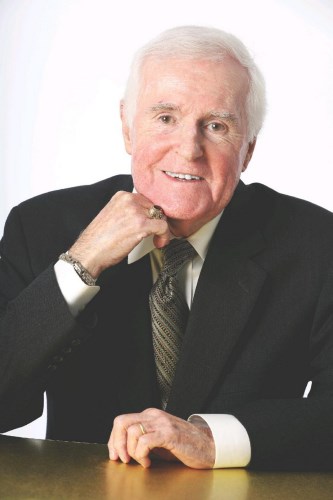 Born Jan. 7, 1940, he was the son of the late Andrew C. and Teresa Scott McGowan. Born and raised in Avoca, he was an honor graduate of Avoca High School, Class of 1957. He proudly received his diploma from the Avoca High School principal, who was also his father.

He taught English at Harrison High School, New York, from 1965 to 1967. From 1967 to 1988, he was a school counselor and chair of the counseling department at Roosevelt High School, Yonkers, N.Y. He also worked as head counselor in an after school program for disadvantaged youth.

From 1988 until his retirement in 2014, Scott was a professor in the College of Education, Department of Counseling and Development, at Long Island University, C.W. Post Campus. In 2010, he was named a LIU senior professor, "who has garnered international, national, regional and local reputation for scholarship and service to the counseling profession." During this period, he also served as LIU's coordinator of the Tactical Officers Education Program at the U.S. Military Academy, West Point.

His scholarly contributions include more than 240 public works in refereed journals, chapters in scholarly books and educational television, most notably "American College Focus," a PBS broadcast. He also served two terms as editor-in-chief of the Journal of Counseling & Development, the flagship journal of the American Counseling Association.

Scott received many honors and awards, including the David Newton Award for Excellence in Teaching (LIU's most prestigious award for instructional excellence), the Outstanding Faculty Award from the US Military Academy, West Point, and the Fordham University, College of Education and Information Sciences Alumni Achievement Award. However, he was especially proud of the University of Scranton O'Hara Alumni Award in education.

Donations may be sent to Disabled American Veterans, dav.org, or The Woodlean Boys and Girls Club, P.O. Box 289, Bronx, NY 10470, or to a charity of choice.

To plant trees in memory, please visit our Sympathy Store.
Published by Citizens Voice from Apr. 10 to Apr. 11, 2021.
MEMORIAL EVENTS
No memorial events are currently scheduled.
To offer your sympathy during this difficult time, you can now have memorial trees planted in a National Forest in memory of your loved one.
Funeral services provided by:
Hodder Farenga Funeral Home
MAKE A DONATION
Please consider a donation as requested by the family.
GUEST BOOK
Sponsored by Hodder Farenga Funeral Home.
3 Entries
Our deepest condolences .
Tom and Beverly Shaffer
April 11, 2021
Please except my deepest sympathies to you and your family at this time of grieving. May God be with you and your family in this time of sorrow.
Simone Taylor
April 1, 2021
Prayers for Scott’s eternal rest and for comfort for the family. Scott was so kind and caring.

I am so very sorry for your loss.
Loretta Capuano
Acquaintance
March 30, 2021