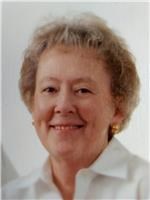 Donna J. Plummer, 80, of Golden,
CO died Tuesday, June 19th at St.
Anthony's Hospital, Lakewood, CO.
She is survived by her brother, Dick
Sparks of Santa Ysabel, CA, and by
her three sons, Scott, of Golden,
Mark, of Lafayette, LA, and Greg, of
Golden. She is also survived by her
six grandchildren (Mark and Kelly
Prevost, of Lafayette, LA, Quinn and
August Plummer, of Golden, CO,
Raymond and Kenley Plummer, of
Lakeway, TX), and one cherished
great-grandchild, Hugo Adams, of
Golden, CO. She was preceded in
death by her beloved husband, Tom
Plummer, of Golden, CO.
Donna began working at Plummer's
Jewelry on a temporary basis
shortly before Tom and Donna's
marriage on June 16th 1957. Together,
they purchased the store
from Tom's parents, Wendell and
Frances in 1969, and together they
ran the store until Donna became
dissatisfied with her temporary
employment arrangement, and they
sold the store in the year 2000. A
dynamic businesswoman, Donna
wore many hats. She was involved
in all facets of the business, from
buying all the way to sales, and
everything in between. She was a
master engraver, and left her mark
on so many pieces that left their
store.
As Golden's biggest-ever fan, Donna
was intimately involved in many
civic organizations. She was an
Ambassador in the Golden Chamber
of Commerce, a regular fixture
in the Golden Civic Foundation as
one of its oldest members, and the
Golden Urban Renewal Authority.
In 2008, Tom and Donna were
recognized as "Living Landmarks"
by the Golden Landmark Association.
Her participation and leadership
were guided by her lifelong
affection for the city where she was
born, and a keen sense of civic duty.
Donna always used to joke about
being born on 11th Street, raised on
16th Street, raising three boys on
24th Street, and refusing to move
until it was time to make the final
trip to Ulysses Street to rejoin Tom.
Equaled only by her love of Golden
was her love for the First Presbyterian
Church and its congregation,
where Tom and Donna were members
for nearly 30 years. She will be
greatly missed.
Services will be held at First Presbyterian
Church of Golden, 17707
W. 16th Ave, on Saturday, July 7 at
10:00 a.m.
In lieu of flowers, it is requested
that all gifts be made to First Presbyterian
Church of Golden.
Published by Colorado Community Media from Jun. 26 to Jul. 25, 2018.
To plant trees in memory, please visit the Sympathy Store.
MEMORIAL EVENTS
To offer your sympathy during this difficult time, you can now have memorial trees planted in a National Forest in memory of your loved one.
MAKE A DONATION
MEMORIES & CONDOLENCES
1 Entry
I didn't know that Donna had passed until today! I am so sorry to hear of this! Donna was truly a great servant to Golden! I worked with her for many years in different areas of the Chamber & otherwise! Well done good & faithful servant. You will be missed! My sympathies to all.
Jayne Byl
July 8, 2018
Showing 1 - 1 of 1 results