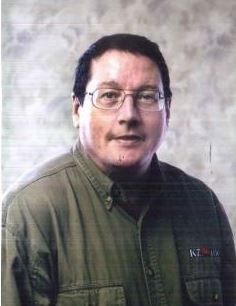 Jeffery Ray Iler, known to family and friends as Jeff, passed away at the age of 64 in Columbus, Nebraska, on March 26, 2021.

Jeff's memorial service will be held later, in the summer, through McKown Funeral Home.

Jeff was born on July 19, 1956 in Tokyo, Japan to Ivan and Phyllis Iler, who were stationed there for Ike's service in the United States Army. Jeff spent his life doing what he loved: Broadcasting on country radio. He started his career in Salinas, California, for KTOM and ended it in Columbus, Nebraska, with KZEN. In Salinas, Jeff met the love of his life, ex-wife, Debbie Iler. Debbie and Jeff had two sons, Dustin Iler of St. Louis, Missouri, and Cory Iler, of Chico, California, who survive him, along with two beloved grandchildren, Emma and Ivan Iler.

Jeff was a gracious father and grandfather who loved his family unconditionally. He was a model of charm, kindness, and, as his listeners know, wit. Jeff's voice boomed across the airwaves, touching the lives of his many fans: Those he knew, and those he never met but always appreciated. His sense of humor was sometimes dark but always delivered with a smile and good cheer. Jeff loved producing and performing his morning show, and while he entertained his listeners, their calls to him, whether sharing in the humor or jeering it, always entertained him. Jeff worked for KZEN since 1997: First in Central City, Nebraska, then in Columbus, where he was fortunate to find friends who he could call family. He was a friend of Dr. Bob and Bill W. for 18 years.

Jeff was preceded in death by his parents; and his siblings, Peggy, David, and Richard Iler.

In lieu of flowers, a donation can be made to St. Jude Children's Research Hospital.

"He ceased: but left so charming on their ear His voice, that listening they seemed to hear."

To plant trees in memory, please visit our Sympathy Store.
Published by The Columbus Telegram on Apr. 3, 2021.
MEMORIAL EVENTS
No memorial events are currently scheduled.
To offer your sympathy during this difficult time, you can now have memorial trees planted in a National Forest in memory of your loved one.
MAKE A DONATION
Please consider a donation as requested by the family.
GUEST BOOK
1 Entry
May loving memories bring you peace, comfort, and strength. Those who pass on, God keeps in his memory because they are precious in his eyes. My sincerest condolences. (Psalms 116:15)
Ann
April 3, 2021