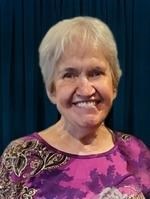 North Platte, NE — JoAnne Beatrice Dearness 81, of North Platte, NE passed away peacefully on Friday, September 3, 2021 at Linden Court. JoAnne entered into this world on August 16th, 1940 as one of 5 children to Gertrude and Edgar Desforges.

JoAnne grew into a strong and virtuous young woman. She had many achievements to her name, including her attendance at St. Anne's Academy where she majored in theology and social work, graduating with her Masters in Sociology at Boston College in 1960, going on to become a beloved teacher and social worker, owning and running the Belchertown Sentinel from 1962 to 1972, then working as a manager for that same newspaper under new ownership for another 20 years, raising three children, and donating much of her time to volunteering or charity.

An avid traveler and adventurer, JoAnne has visited much of the world. As an advocate for learning and education, she continued her own education through reading, lively debate, and even taking an early computer and word processing course in 1994.

Raised in Massachusetts, she later moved to New Hampshire in 1997 and then to Nebraska in 2010. She was survived by her three children, Christopher and his wife Paula Dearness, Karen Dearness, and Karl Dearness; 7 grandchildren, Bianca Dearness, Natasha Dearness, Sarah Dearness-Orsini, Julie Dearness, Hannah Berube, Jon Cody Berube and Samantha Dearness; 5 great grandchildren; her sisters Barbara "Bobbie", Sali, and Karen; and many nieces and nephews.

In accordance with her wishes, JoAnne will be cremated and set to rest back home. A date for a celebration of life has yet to be announced.

In lieu of flowers, the family asks that you make a donation to your local rape and domestic abuse centers and shelters.

Carpenter Memorial Chapel is entrusted with arrangements. Online condolences and sharing of memories may be directed to www.carpentermemorial.com.
Published by Concord Monitor on Sep. 8, 2021.
To plant trees in memory, please visit the Sympathy Store.
MEMORIAL EVENTS
To offer your sympathy during this difficult time, you can now have memorial trees planted in a National Forest in memory of your loved one.
Funeral services provided by:
Carpenter Memorial Chapel - North Platte
MAKE A DONATION
MEMORIES & CONDOLENCES
2 Entries
Dear family of Joanne, I was saddened to hear of your loss of a great role model. Our lives crossed briefly in Btown in ‘72 but I knew how great she was! Only today did it hit me she is the older sister of the girls my sister joanne and I played with when they were home in Btown from school in eastern MA! What a lovely family! I smile when I think of those days, and also think of all the Desforges smiles always! She lives on in all of you. You can be proud. Hoping your faith comforts you at this sad time and that soon the memories will be smiles instead of tears. Give yourself time but glory in your faith! I am grateful to have known Jianne and her fun sisters!
Christine Gould Harper, Belchertown MA
Christine Gould harper
Friend
September 16, 2021
What a great lady whom I had the pleasure of meeting. I love your great sense of humor and wit. May you test in peace Activity Director Premier Estates
Donnita Deaver
September 5, 2021
Showing 1 - 2 of 2 results