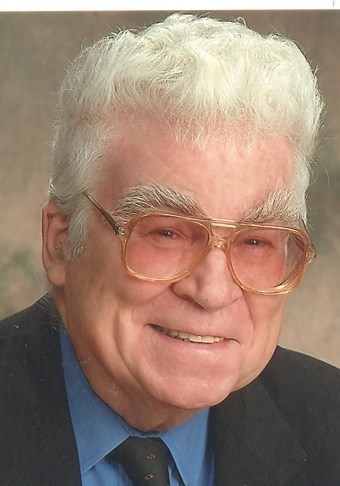 Ladd was born on March 19th, 1929 in San Francisco, California only a few short months before the dawn of the great depression. When the depression began to take its toll on his parents they decided to move to Salt Lake City, Utah to be closer to family.

As a child growing up in Utah Ladd loved to spend time at his grandfather's farm where he began to form his extraordinary work ethic. While he quickly learned to love the physicality of farm life he was not as fond of the written word. However, a farming accident led to a long recuperation in bed where Ladd read and re-read the "Wizard of Oz" series which opened up the door to a life-long love of literature.

Attending high school in Utah, Ladd satisfied his physical side by playing football and running on the track team. His scholarly ambitions now fully awakened, he became a voracious reader and began to employ his ever curious mind.

After graduating from high school Ladd went on to earn a bachelor's degree at the University of Utah. Prior to receiving his doctorate at the Fletcher School of Law and Diplomacy at Tufts University in 1960, Ladd traveled to the Philippines on a grant to study the organization of the Manila Police Department and to survey local government in the Philippines. From there he went to his future home in Thailand to analyze the organization of the Thai government. While there he became close to leading members of the Thai cabinet for whom he wrote numerous advisory papers and memos.

Ladd's academic involvement began at the University of Connecticut followed by professorships at Indiana, Thammasat (Bangkok), and Rutgers universities. In 1963 he joined the Department of Political Science at Northern Illinois University, lured by the promise that he could build a Center for Southeast Asian Studies. Ladd spent more than forty years at NIU as a scholar, teacher and as chair of the Political Science Department and founding Coordinator of the Center for Southeast Asian Studies. During this time he also began establishing NIU affiliations with universities in Thailand including Chiang Mai, Thammasat, and Prince of Songhkla in Pattani. In addition he maintained his publication record writing books, dozens of articles and book chapters, and countless papers at professional meetings. His output focused on public administration, security issues in the southern provinces of Thailand and the Philippines, development and social justice, and politics in Southeast Asia. His most pioneering work concerned Muslims in southern Thailand. His work brought fame and great distinction to Northern Illinois University among scholars throughout the world.

A great moment in Ladd's career came in the mid-1980s when he received the Crown of Thailand award from the Thai King. The speech in his honor by the Thai Prime Minister stressed Ladd's involvement in founding the National Institute for Development Administration (NIDA), his restructuring of the National Research Council, his scholarly articles, and his advisory contributions to the Thai government.

Of all his achievements, quite possibly his greatest was that of conversation laced with intellect and humor. He was a story teller that captured everyone's interest. Ladd will be remembered fondly, and missed by many throughout the United States as well as Southeast Asia.

Ladd is preceded in death by his parents, Albert Melvin Thomas and Fern Ludlow Thomas.

(A special note of thanks to Mr. Clark Nehr)

Published by Daily-Chronicle on Nov. 1, 2016.
To plant trees in memory, please visit the Sympathy Store.
MEMORIAL EVENTS
To offer your sympathy during this difficult time, you can now have memorial trees planted in a National Forest in memory of your loved one.
Funeral services provided by:
Anderson Funeral Home
MAKE A DONATION
MEMORIES & CONDOLENCES
Sponsored by Anderson Funeral Home.
0 Entries
Be the first to post a memory or condolences.