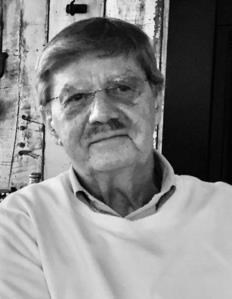 BORN
1945
DIED
2021
ABOUT
Onteora Central High School
ALBANY- Carl Lance Larish passed away on Jan. 27, 2021, at St. Peters hospital in Albany after a short illness. He was predeceased by his parents, Mabel and Carl Larish and his wife Donna Rutulante; brother, Clifford "LaRue" Larish; sisters, Evelyn Kelch, Phyllis Billard, Sylvia L. Larish, and Virginia Aspinall. His love lives on in his sister, Shirley Leslie, and sister-in-law, Gloria Rutulante, and his many nieces and nephews. Carl was born in Honesdale, Pa. on Feb. 5, 1945 but spent most of his years in Phoenicia and Shandaken. A 1962 Onteora High School graduate, he served in the United States Navy for four years during the Viet Nam war era spending much of that time on the USS Jason. He was the “bartender with the handlebar mustache” at the Log Cabin and Al's Restaurant for many years and later a truck driver for Walmart. He was a fly fisherman, golfer and skier. He enjoyed the outdoors and especially loved vacationing with his wife Donna in Outerbanks, North Carolina. Donna shared the quiet moments of life with him and together they enjoyed walks on the beach, gardening, watching the hummingbirds (sometimes as many as 15 at the feeder at once!) that used their porch as their own annual landing strip each year, and walking along the creek in their backyard. Over the years it fluctuated between peaceful stream and roaring river, a mirror of life itself. His nieces and nephews extend their sincere gratitude to Gloria and Eric Rutulante for the care and support they gave to Carl over the past months during his health struggles. This care brought peace to his family and honors his late wife Donna and the love they shared. He was the youngest of seven, following a brother and five sisters and probably the biggest handful for his mom. As a young man Carl was always seeking the joy in life. We will let those younger, crazy years of stories lie in the memories of his many friends and family. He will be most remembered for his sense of humor. If you knew him you may not be able to recite the last joke he shared (too many over the years) but you remember the smile on his face as he set it up and his laughter at the punch line. One of his great-nieces, upon hearing the news simply said, " I loved listening to him banter with Nanny, he was so fun." Fun - a simple but perfect word to describe him. For those of us left behind - retell his jokes (if you can) and remember the fun. If you have a memory of Carl you would like to share with his family you may send it directly to [email protected] Memorial contributions may be made to the charity of your choice. At Carl’s request there will be no visitation. A graveside service and celebration of his life will be held in the future. http://www.lastingmemories.com/carl-lance-larish
Published by the Daily Freeman from Feb. 2 to Feb. 3, 2021.
To plant trees in memory, please visit the Sympathy Store.
MEMORIAL EVENTS
To offer your sympathy during this difficult time, you can now have memorial trees planted in a National Forest in memory of your loved one.
MAKE A DONATION
Please consider a donation as requested by the family.
MEMORIES & CONDOLENCES
Sponsored by dailyfreeman.com.
3 Entries
As my son , Timothy Landy said “ Carl was a legend in his own time”.
This perfectly sums it up.
He was our friend, neighbor, Al’s bartender, family Reunion storyteller. No one could ever forget Carl.
I am so sad that Carl has left this earth.
He truly is one of the good guys.
On behalf of our family I wish sincere condolences to Carl’s family.
We are better for having known Carl.
Rita Pettinato Landy
Rita Landy
Friend
February 5, 2021
Carl lived about 3 houses down from me growing up in Phoenicia, his house was the rallying point for "kick the can" games and other noisy mischief. We worked together during the summer delivering laundry to the Catskill hotels, crazy times. A sweet guy, fun and always there to talk , so sorry to hear his passing. My sincere condolences to his whole family , he will be missed.......Joseph Guglielmetti
Joseph Guglielmetti
Friend
February 4, 2021
Congenial nicest guy I have ever known over the last 64 years. A good soul that I was fortunate to call my friend. May he bring as much joy in the hereafter as he did while with us. RIP Carl Larish
Jim miller
Friend
February 2, 2021
Showing 1 - 3 of 3 results