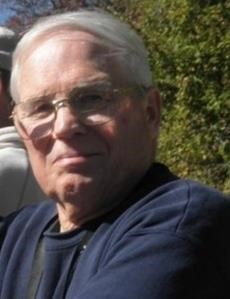 BORN
1937
DIED
2019
ABOUT
New Paltz High School
FUNERAL HOME
Keyser Funeral and Cremation Service
326 Albany Ave
Kingston, NY
COTTEKILL- Richard W. Michaelis, 82, of Cottekill, N.Y., died on Thursday, Nov. 28, 2019 at Health Alliance Hospital, Broadway Campus in Kingston, N.Y., with his loving wife by his side.He was born on Oct. 10, 1937 in Poughkeepsie, N.Y., to the late Gerard and Florence Dimsey Michaelis. He was a proud graduate of New Paltz High School, class of 1955. Following high school, he entered the U.S. Air Force and served from 1955 to 1959 and was stationed in Germany for 3 of those years. After serving his country, he went to Dutchess County Community College where he earned his Associates Degree. Rich worked for AT&T as a communication specialist until 1992. He then was the court clerk for 10 years for Judge Robert Vosper and Judge Sarah McGinty in the Town of Rosendale. He also worked for Lou Kolano, Tax Preparation. His passion was high school football games. He was usually behind a video camera or keeping the statistics of the game. He recorded over 800 games and for over 25 years, he and his wife Ellen kept that statistics for the Section 9 High School Football Sectionals, regionals, and state semi finals. He also had a love for classical music, trains, genealogy and in his younger years was an avid bowler. He is survived by his wife of 46 years, Ellen Carter Michaelis; his daughter, Darlene Cummins and her husband, Paul; his mother-in-law, Christine Bruno; his dear cousins, Karen Bodo (Jack) and Linda Mesuda (George Hart); his sisters-in-law, Christine Noble (Terry), Anita Davis, Rosemary Bruno (John Nowicki); his brother-in-law, John Carter (Julie); and many nieces, nephews, and dear friends. Arrangements entrusted to Keyser Funeral & Cremation Service, 326 Albany Ave., Kingston, N.Y., 12401, where the family will receive their friends on Friday, Dec. 6, 2019, from 3 to 7p.m. The Memorial Service will be at the funeral home on Saturday, Dec. 7, 2019 at 11 a.m.The Family requests that in lieu of flowers, Memorial Contributions be made to the R.W. Michaelis Memorial Scholarship Fund, ? Rondout Savings Bank, 300 Broadway, Kingston, N.Y., 12401. A tribute for Richard can be found at www.KeyserFuneralService.com where you may leave expressions of sympathy for the family. http://www.lastingmemories.com/richard-w-michaelis
Published by the Daily Freeman from Dec. 2 to Dec. 3, 2019.
To plant trees in memory, please visit the Sympathy Store.
MEMORIAL EVENTS
Dec
6
Visitation
3:00p.m. - 7:00p.m.
Keyser Funeral and Cremation Service
326 Albany Ave, Kingston, NY
Dec
7
Memorial service
11:00a.m.
Keyser Funeral and Cremation Service
326 Albany Ave, Kingston, NY
Funeral services provided by:
Keyser Funeral and Cremation Service
MAKE A DONATION
MEMORIES & CONDOLENCES
Sponsored by dailyfreeman.com.
5 Entries
So very sorry for your great loss. Thinking of you, Ellen and family at this difficult time.
Erin Misasi
December 5, 2019
Ellen and Family,

My deepest condolence. You're in my thoughts and prayers.

So sorry to read of your husband's passing.
Sending our sincere sympathy.

Barbara and Dan Sass
Lexington, SC
December 3, 2019
Barbara Sass
December 3, 2019
Ellen and Darleen I remember Rich as a fine person. I won't be able to attend his funeral as I don't drive anymore. Please except my condolences
Barbara Newell
December 2, 2019
Showing 1 - 5 of 5 results