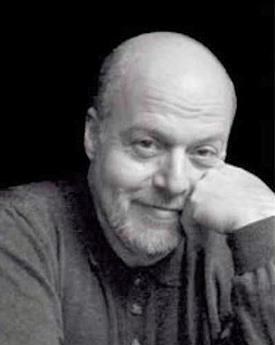 BORN
1949
DIED
2020
AURORA - Mark Steven Colby, 71, passed away peacefully in his home surrounded by loved ones on August 31st. He was born April 18th, 1949 in Brooklyn, NY, moving with his family to Miami, Florida in 1962. He began his study of music at age 8 and began working professionally on the Miami Beach Hotel strip at age 15. He attended high school in Miami, graduating in 1967. He was part of the legendary University of Miami Jazz Program for both his bachelors and master's degrees in Jazz Studies. As his daughter, Hillary, explained: Music was his religion. To learn more about Mark's wide-ranging musical career, please check out his bio at www.markcolby.com/about/. For an abundance of heartwarming stories, please visit his Facebook site, https://www.facebook.com/mark.colby.399 In 1977, Mark married Mary Stephanie (nee Deacon) in Chicago, IL, after a yearlong letter-writing romance beginning at the Zion Ice Arena, where their paths crossed at a concert he was performing with Maynard Ferguson. He was an avid baseball fan, embracing the Chicago Cubs when he moved to Chicago, while they were still lovable losers, long after his beloved Dodgers left Brooklyn. In addition to his passion for music, he inherited a love of boxing from his father. A loyal, witty, friend; loving husband & brother; doting father, uncle and grandfather, he leaves a legacy too large to encapsulate in this format. He is survived by his adoring wife Mary; sister, Rosie (James) Watts; son, James, (Cathy;) daughters Jennifer Wulf (Mike Savage;) Hillary Colby; and Katherine (Brian) Ruiz. He has six grandchildren, Deanna (Tiffany Till;) Kayla; Ryan; Riley; Caroline and Isabella; and niece, Audrey. And too many treasured extended family and friends to mention. He was preceded in death by his father, Irving and mother, Judith (nee Goldman.) In lieu of flowers, the family requests memorial gifts be sent in his honor to the Elmhurst University Jazz Studies Department, 190 Prospect Ave., Elmhurst, IL 60126.

Published by Daily Herald on Sep. 3, 2020.
To plant trees in memory, please visit the Sympathy Store.
MEMORIAL EVENTS
To offer your sympathy during this difficult time, you can now have memorial trees planted in a National Forest in memory of your loved one.
MAKE A DONATION
MEMORIES & CONDOLENCES
Sponsored by Daily Herald.
4 Entries
Mark myself and Kenny Varone played music together during our high school years. Even at the age of 17 he made the notes on his sax sound like velvet. Kenny passed away a few years ago. I will miss going to Miami with Kenny to hear him play in Miami with Vince Maggio. I once asked Mark to explain the concept of jazz and he told me "It is a group of musicians each playing from their heart and soul." No one expressed that better than Mark and Vince. Mark will be missed by many musicians including myself. I send his family my deepest condolences.

Rick Librizzi
Friend
December 23, 2020
I met Mark when we both studied music at The University of Miami in 1967. We stayed friends until his death. I am deeply saddened. RIP dear friend.
Andy Perdue
Classmate
September 21, 2020
Mark was my brother, 7 years younger. He was 15 when our dad died. He found a music teacher he really liked and about 6 months later, this 25 year old teacher died. He continued music in junior high, and started stopping by local clubs to listen to various jazz groups, one of which was Ira Sullivan. When he was 14 I sent him a 45 rpm of Getz with Antonio Carlos Joabim. He would tell me later that changed the trajectory to sax from clarinet. He is part of my heart forever. The best memory he played solo in Carnegie Hall in1975 with Maynard Ferguson and I was there taking pictures.
Rosalie Colby Watts
Sister
September 6, 2020
Mark and Frank Caruso had a mind-set that was one. When they performed together they knew exactly what each one was going to do as if the music came from one intellect.
Now, they are continuing their spiritual musical inventions with the rest of their mutual friends.
Joe DeLuca
Joe Deluca
Friend
September 4, 2020
Showing 1 - 4 of 4 results