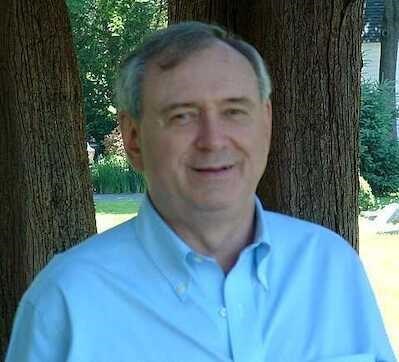 Morristown - G. William Sisley, II, known as Bill, died on June 24, 2021, after a three-year battle with non-Hodgkin lymphoma and heart failure.He was born in Morristown, NJ, on February 25, 1944, to George William Sisley and Dorothy Woods Sisley. He was a third-generation member of St. Peter's Episcopal Church and sang in The Boys Choir. He graduated from the Harding Township School in 1958 and Morristown High School in 1962, where he was President of the Student Council and a member of the varsity basketball and baseball teams. He achieved the rank of Eagle Scout as a member of the Harding Township Boy Scout Troop 43.

Bill received his A.B. from Princeton University in 1966 and received his J.D. from New York University School of Law in 1969. He practiced corporate law as in-house counsel for two major corporations and was the managing partner of the Stamford, CT office of Winthrop, Stimson, Putnam & Roberts. Bill was a natural athlete with a gift for racquet sports. He won club championships in squash at the Princeton Club of New York in the 1970's and club championships in tennis at the Innis Arden Country Club in Old Greenwich, CT in the 1980's. He was a member of The Morristown Field Club and played tennis several times a week up until May of this year. Survivors include his wife, Eileen Buckley Sisley, his children, Amanda Simerman (Michael), and Andrew Sisley, as well as a granddaughter, Evangeline Simerman. Other survivors include his brother, Edward Sisley and wife Joan, nieces and nephews including, Charles P Knill IV and wife Dawn, and Susan Knill, and his stepson, Daniel Buckley Sullivan. His sister, Dorothy Sisley Knill, predeceased him. A celebration of Bill's life will take place at St. Peter's Episcopal Church, Morristown, NJ, on Saturday July 17, at 11:30 a.m. In lieu of flowers, memorial donations may be made to St. Peter's Episcopal Church, 120 South St., Morristown, NJ 07960, or the Cannon Dial Elm Club Foundation, 21 Prospect Ave., Box 7788, Princeton, NJ 08543. Online condolences can be made at www.rowefuneral.com


Published by Daily Record from Jul. 14 to Jul. 15, 2021.
To plant trees in memory, please visit the Sympathy Store.
MEMORIAL EVENTS
Jul
17
Celebration of Life
11:30a.m.
St. Peter's Episcopal Church
Morristown, NJ
Funeral services provided by:
Rowe Funeral Home
MAKE A DONATION
MEMORIES & CONDOLENCES
Sponsored by Rowe Funeral Home.
2 Entries
I remember visiting with Bill, his mom and his brother when I was young. My grandfather was related to his mother. May God bless you and your family in this time of sorrow.
Ruth Chadwick
Family
July 15, 2021
God's blessings be with you!
Peter Stevens
School
July 15, 2021
Showing 1 - 2 of 2 results