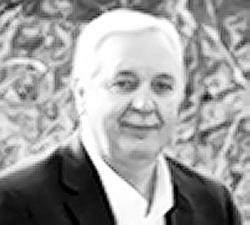 GRONAUER, Daryl R. 58 of Centerville, died Tuesday April 10, 2012. He was born in Cincinnati, OH, the son of Ralph and Marguerite (Schweikert) Gronauer. Daryl was owner of the A-1 Sprinkler and Systems Integration Co. and the Dark Horse Tavern in Miamisburg. He is survived by his wife, Dorletta, a daughter, Christie Gronauer and a grand daughter Elliotte . He also leaves 2 brothers, Dale and Doug Gronauer. Mass of Christian Burial will be Wednesday 1:00pm at the St Mary Catholic Church in Franklin. Visitation will be Tuesday 4 - 9pm at the Anderson Funeral Home 40 N. Main St. Springboro. A reception will follow Mass at a location TBA. Condolences may be made to the family at www.anderson-fh.com.

Published by Dayton Daily News on Apr. 14, 2012.
To plant trees in memory, please visit the Sympathy Store.
MEMORIAL EVENTS
To offer your sympathy during this difficult time, you can now have memorial trees planted in a National Forest in memory of your loved one.
MAKE A DONATION
MEMORIES & CONDOLENCES
13 Entries
Were going to miss you BUDDY,May you rest in peace.my prayers are with you and your family.
Bink Renners
April 17, 2012
My thoughts and prayers are with Daryl's family and everyone at A1. The world won't be the same without that big laugh and even bigger heart. He will be missed, but he is alive in the memory of all who were lucky enough to know him.
Adriann Argabrite-Armocida
April 17, 2012
Daryl it was my pleasure to know you and work for you as manager at The Dark Horse Tavern. You and your family will be in my family's thoughts and prayers.
Patrick Dumont
April 16, 2012
Our deepest of sympathy go out to the Gronauer family...Daryl was loved by so many and will be missed!!! He will always be in our thoughts and prayers.
Bob Lopuzzo
April 16, 2012
Sorry for your loss, my prayers are with you. Joey Farmer deepest sympathy.
Joey Farmer
April 15, 2012
Our deepest condolences and sympathy go out to the Gronauer family during this difficult time. Many prayers.
Katrina DeCarufel
April 15, 2012
My prayers and thoughts to Daryl's family and to all the employees of A-1 Sprinkled. I pray everyone may find comfort and peace in this.
Tim Glardon Jr
Tim Glardon Jr
April 15, 2012
Deepest sympathy to the family and friends of this wonderful man...he will surely be missed by all!
Holly Blair
April 14, 2012
You will be missed my friend! But your memories will always be with us!
Beverly LaForce
April 14, 2012
So sorry for your loss. You are in my thoughts and prayers.
Sara Lamb
April 14, 2012
Peace be with you our friend, you will be missed.