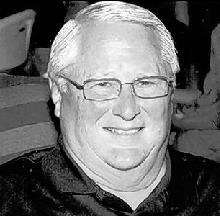 79, of Springfield, went home to be with his Lord and Savior on September 22, 2021, in Springfield Regional Medical Center. He was born April 26, 1942, in Springfield, the son of Raymond and Martha (Kahn) Southward. David was a dedicated member of First Christian Church where he was involved with many of the church programs. He was also active with the Springfield Emmaus Community. For their 25th wedding anniversary in 2015, David and his wife Wilma traveled to the Holy Land where they were both baptized in the Jordan River. David enjoyed cars, fishing, taking cruises with Wilma, but his favorite pastime was spending time with his grandchildren and great-grandchildren. He was retired from Dayton Cash Register and was a Veteran of the United States Air Force. Survivors include his loving wife of 31 ½ years, Wilma (Popham) Southward; five children, Steve (Renee) Southward, Deborah (Tab) Lewis, Rebekah Buckley (William Culliton), Gina Geiger (Scott Vance) and Jennifer (John) Miller; grandchildren, Dylan Besecker, Kyle and Emilee Southward, Katie Moebius, Austin and Easton Lewis, Perci, Ashton, Piper and Grace Buckley,

Chasity Crawford; one sister, Sherry (John) Williams; numerous nieces and nephews and many other adopted families who loved David dearly. He was preceded in death by siblings,