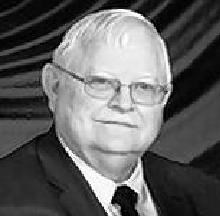 Harold K. Byrd, 76 years old, , of Lebanon, Ohio, passed away on August 17, 2021, at Hospice of Butler and Warren Counties. He was born on June 11, 1945, in Lansing, MI, to Harold and Hortense (Kline) Byrd. He was a graduate of JW Sexton High School in Lansing, Michigan, in 1963. He then graduated from Michigan State University in 1967 with a BS in Civil Engineering. He was employed by Armco/AK Steel for 26 years. He then worked for McGraw Kokosing Construction for 20 years and retired in 2014 to enjoy his hobbies. He loved history and genealogy as well as camping and wood working. He was very involved with First United Methodist Church where he was Chairman of the Trustees.

Mitchell Thomas Byrd. He is preceded in death by his parents, his sister, Marilyn K. Byrd Harton, and an infant brother,

Avenue and from 10:00 – 11:00 a.m. on Saturday, August 21 at First United Methodist Church, 120 S. Broad St., Middletown, OH 45044. Funeral service will follow at 11:00 a.m. with Rev. John Wagner and Rev. Joel Harbarger officiating. Interment will be at Deepdale Memorial Gardens in Lansing, Michigan. Memorial contributions may be directed to the Trustees

Committee of First United Methodist Church, 120 S. Broad Street, Middletown, Ohio 45044. Condolences may be sent to the family at www.bakerstevensparramore.com.