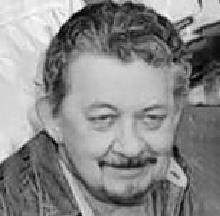 Samuel "David" Rogers went peacefully to Heaven Saturday, September 18, with loved ones by his side after a courageous 18-month battle with cancer. Born to Samuel & Cleida

Rogers on June 19, 1945, he graduated from Taft High School in 1963. Serving in the United States Air Force during the Vietnam War from 1966 thru 1970, he became an E5 Staff Sergeant working as an intelligence analysis. He deeply loved his country and was a true patriot. He not only had a great sense of humor, but was also a gifted artist, musician, and magician. After playing in bands in the 60's & 70's, he opened Reel Time Productions, Inc. where from 1991 to 2004 he arranged, engineered and recorded songs for songwriters for marketing. One of his greatest joys though came from his love of magic. As a lifelong magician, he loved entertaining children and adults with stage and close-up magic tricks. His life was blessed with 2 sons, Chris and Pat, of whom he was so very proud. He met his soul mate and the love of his life, Janice Abernathy, in 1986, who remained devoted to him till the end. Preceding him in death were his parents and beloved

sister, Marlene Prewitt (Tiger IiI). He will be deeply missed by all who knew him, including his wife Janice Abernathy, sons Christopher (Kathy Sue) and Patrick Rogers, grandchildren Eric (Whitney), Danielle, and Laura Rogers, great-grandchildren Ruby, Rose, and Renee Rogers, sisters Pam (Rick) Felts and Tina (Dubin) Jackson. Visitation will be Saturday, Sept 25, 2021, from 10 am to 11 am, at Rose Hill Funeral Home, 2565 Princeton Rd., Hamilton, Ohio 45011, with services immediately